“There are no prospects of successful prosecution on the available evidence, because the evidence is insufficient.” 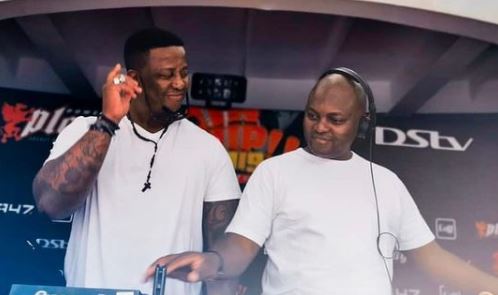 The NPA has confirmed it has dismissed the rape case against DJs Fresh and Euphonik.
Image: DJ Fresh/ Instagram

The National Prosecuting Authority (NPA) has confirmed that the rape case against DJ duo Thato 'DJ Fresh' Sikwane and Themba 'Euphonik' Nkosi has been dismissed due to “insufficient evidence”.

According to NPA North Gauteng regional spokesperson Lumka Mahanjana, the docket was presented to the prosecutor who, due to a lack of sufficient evidence against the pair, decided not to prosecute.

The rape allegations against the duo came to light early last month after a woman took to Twitter to make the accusations.

The DJs took to social media on Monday and announced to their followers that the prosecuting authority had dismissed the case on the grounds that “the allegations are without merit”.

“We are pleased to state that, after considering all of the evidence collected while investigating the claim made against us, the chief prosecutor has dismissed the allegations on the basis that the allegations are without merit. The docket has been marked nolle prosequi meaning 'will not prosecute'," their statement read.

Three weeks after being pulled off air due to the rape allegations, the DJs were released from their contracts with Primedia Broadcasting on Wednesday, February 10.

Fresh, however, issued a statement on Twitter confirming that they would be resuming all public engagements.