Lasizwe on why he won’t go back to school: 'School would just bore me' 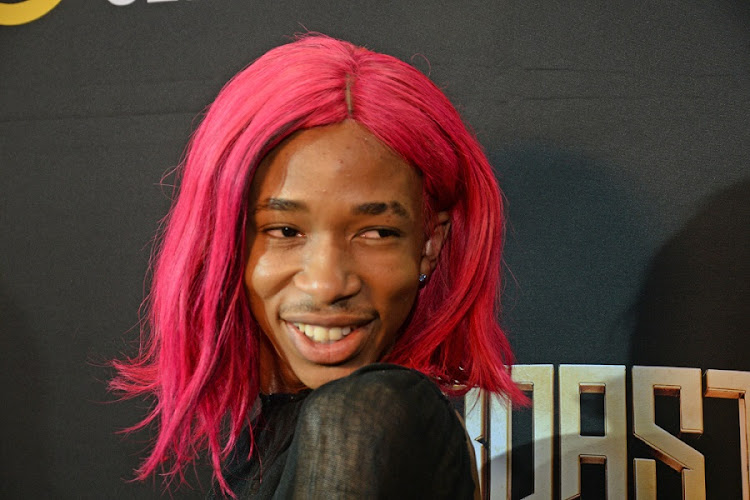 Lasizwe Dambuza is making money off the alter egos he features in his vlogs and that's why he doesn't plan on going back to school.
Image: Gallo Images / Oupa Bopape

Reality TV star Lasizwe may have helped mobilise Mzansi to raise funds for students in need of funds for tertiary fees but he himself has no interest in returning to school.

On Wednesday, the #R10GoesALongWay campaign, spearheaded by Lasizwe reached its goal of raising R1m for the #FeesMustFall movement. Lasizwe expressed his gratitude to Mzansi for contributing to the worthy cause.

Lasizwe told TshisaLIVE it was the students' passion for school that moved him to want to help them with fees but revealed he didn't think he would ever go back to school for a formal education, adding that he was content with the lessons and informal education he's received from the school of life.

“To be honest, I don’t plan on going back to school. I know myself enough to know that school is probably going to bore me now. I mean, school was tricky even then so I don’t want to waste money, especially when there are people that really want the chance to go to school but don’t have it.”

Lasizwe said he was glad things worked out for him without a formal education in the end.

“Right when I began my career, I was supposed to go to varsity but things didn’t work out and any chance I had to go was destroyed when my mother died.

“It [the fundraiser] is something that I wish somebody had done for me at the time, but back then I just gave up on going to school and hustled instead. I completely poured myself into making videos and hustling to get my social media career off the ground and luckily it worked out in the end.”

Lasizwe on spearheading campaign that raised more than R600k for students

‘This is not an ‘I’ initiative, it’s a ‘we’ initiative, a South African initiative because all the R10 have turned into something more because Mzansi ...
TshisaLIVE
1 year ago

However, the Fake It Till You Make It star said he didn't wish the kind of struggles he endured on anybody, especially young people who really needed formal education to fulfil their dreams.

“What I don’t want is for another person to go through what I did, you know be forced to face the big bad world because they can’t go to school. I got into this industry really young and there’s so many mistakes I have made and things I’ve done that I could have avoided had I come in a bit later. But now that I am in a position where I can use my platform and influence to help, that’s what I want to do.”

While the recent #FeesMustFall student protests left many people feeling helpless, it sparked an idea in Lasizwe that has since grown beyond his imagination to find a way to offer help to students to get a “foot in the door” at tertiary institutions.

Through the #R10GoesALongWay campaign, Lasizwe and his friends managed to mobilise Mzansi to give towards their cause.

“Back when I was supposed to go to varsity, the #FeesMustFall movement was just beginning and I remember wishing it would happen because at the time things weren’t looking too good for me to  got to university due to money. It was a big thing and then it all just died down. Now with the recent protests, students being shot at and someone dying, it hit me that I could offer help.

“I only had R10,000 to give which presented a challenge because I knew it would help — even if it was just one person — but I wanted it to do more,” Lasizwe told TshisaLIVE.

Some people are getting in early on the Halloween looks.
TshisaLIVE
1 year ago

‘Shoot your shot’: Lasizwe wants you to find love, despite his heartbreak

"Their pain is our pain," said musician Prince Kaybee, who decided to join a march against the cost of tertiary education on Monday..
TshisaLIVE
1 year ago

While many applauded Andile for offering support to students, others claimed he was using his businesswoman mother MaMkhize's money.
TshisaLIVE
1 year ago