IN MEMES | Seems like Lindiwe is winning again ... and it's splitting 'The River' fans! 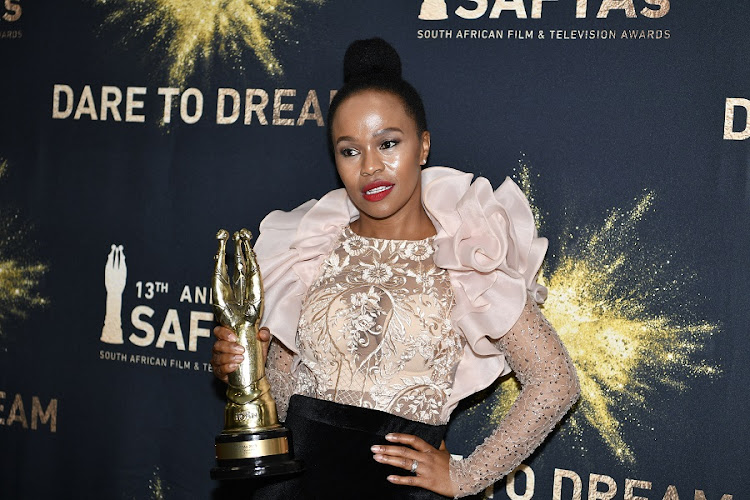 Now more than ever The River viewers are convinced that Zweli may have ingested some kind of korobela that blinds him to seeing just how evil and gangster his wife Lindiwe, aka Madlabantu, is.

Especially after it looks to fans that Lindiwe will get away scot free once again.

The past few weeks have been nerve-racking for team Lindiwe to watch as it looked like her husband and police commissioner had caught on to her scent and was close to pinning her to Tumi's murder.

For a while there, Zwelli, whom Lindiwe fondly calls Lala, seemed convinced that his wife was involved in the latest case he's investigating. When his only lead, the pilot of the helicopter Tumi crashed in, suddenly died, Zweli's gut feeling kept directing him to Lindiwe as the main suspect.

Zweli's determination only encouraged Lindiwe to cover her tracks diligently and to put in more effort to dissuading Zweli.

Fans of the popular telenovela now find themselves split. Some are happy that it seems Lindiwe will get away with yet another murder, while others are annoyed that Lindiwe always wins and Zweli is failing to successfully close a case.

There are those who are still hopeful that Zweli is only playing Lindiwe to make her believe that he's dropped his suspicions of her. However, only time will tell.

Here are some of the memes that filled the TL:

Am I the only one who didn't want Zweli to know the truth? 🙈
Abo lala are not breaking up💃💃😂#TheRiver1Magic #TheRiver pic.twitter.com/eZbVAIDoAS

Zweli has a blindspot and that's Lindiwe and she knows how to use it #TheRiver1Magic pic.twitter.com/6sU7r7kbtJ

Lindiwe Lindiwe Dlamini Dikana the 1 and only. Madlabantu ka sebele she is the girl she think she is. Periodt #theriver1magic pic.twitter.com/6jsABTwsMN

At this rate, Tshabalala should be the one married to Lindiwe. He knows more about the Lindiwe than Zweli does. #TheRiver1Magic pic.twitter.com/gcvlJcoGKo

Will Zweli finally arrest his wife?
TshisaLIVE
3 weeks ago