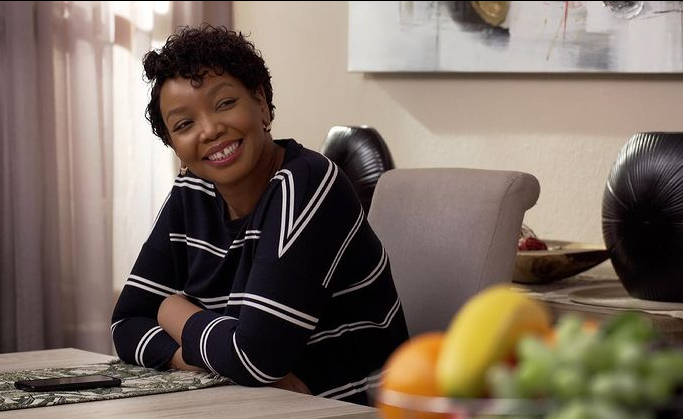 Actress Thembisa Mdoda-Nxumalo made her debut as Vuyiswa on The Queen on Monday which caught some fans of the telenovela off guard but left many others excited for her new journey.

Mzansi Magic announced that Thembisa would step into Vuyiswa's shoes last month and explained it was because the actress who had played the role since the inception of the telenovela, Zandile Msutwana, had sustained an injury while on set.

“It is with both great sadness and excitement that we make this announcement. Zandile Msutwana, who plays Vuyiswa Maake, sustained an injury while on set. Unfortunately, Msutwana cannot carry out her duties and has been booked off to recover well at home.

“With the endless inconveniences that came with the pandemic, regrettably, production has to wrap up season five and that means someone had to be found to play the role of Vuyiswa Maake in the absence of Msutwana,” the channel said in a statement posted on their website.

Fans were “very excited” for Thembisa and thankful to her for taking this gigantic challenge and went on to wish Zandile a speedy recovery.

Taking to Instagram on the day of her debut, Thembisa expressed her gratitude for the love and applauded Zandile for the “powerhouse of a character” she's built.

“Thank you for the warm welcome everyone. Zandile Msutwana has built a powerhouse of a character. It’s an honour walking this journey. Get well soon, beautiful.”

Despite having seen or heard the reports that Vuyiswa will get a face change, some of the viewers of The Queen still got the shock of their lives when Hector called Vuyiswa and it was Thembisa, not Zandile who answered.

The TL was filled with memes to the effect of “obani labanantu” while others took to the TL to catch up on what happened to Zandile.

While others seem sceptical that they will ever see Thembisa as Vuyiswa, others trust in her thespian ability enough to trust that they will soon get used to Vuyiswa 2.

Here are the mixed reactions from Thembisa's debut as Vuyiswa:

I was shocked to hear Hector calling her Vuyiswa😭#TheQueenMzansi pic.twitter.com/wRkW3JvvkS

The new Vuyiswa was such an unpleasant surprise. #TheQueenMzansi pic.twitter.com/zKb3nhsL59

"He should resign and hand himself over to the police," said Thembisa
TshisaLIVE
1 year ago

The star's hubster recently celebrated his 40th birthday, and Thembisa wished him by posting a throwback snap of him as a child.
TshisaLIVE
1 year ago

Thembisa Mdoda-Nxumalo dedicates her latest win to her late mother

'Isibaya' actors and fans are going through the most, as the drama nears the end.
TshisaLIVE
1 year ago