Mean tweets and apologies! Here’s why Sizwe Dhlomo was trending 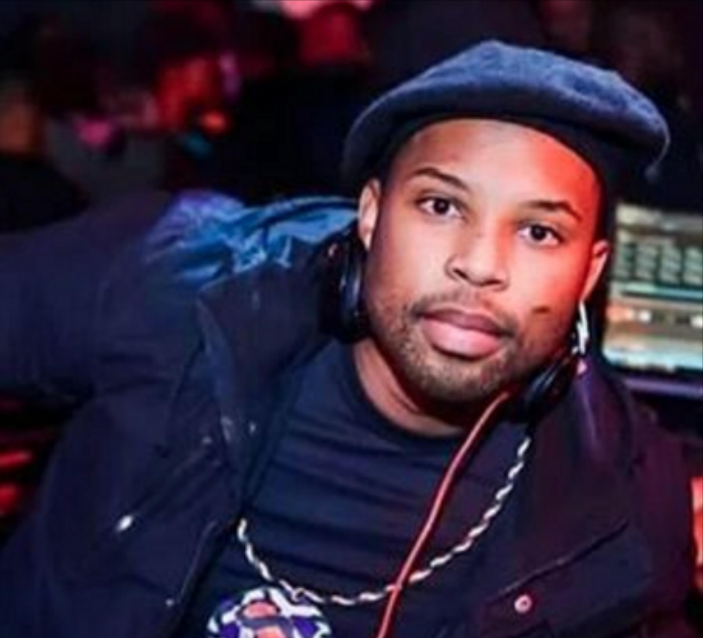 Sizwe Dhlomo trended for being mean on the TL.
Image: Via Twitter

Kaya FM media personality Sizwe Dhlomo topped the Twitter trends list and had to apologise after he was slammed for being mean to a tweep without being provoked.

The whole thing was ignited by a random tweet about relationships and how black women deserve love, for which they shouldn’t have to suffer, settle, struggle or lose their sanity.

Sizwe responded in what was interpreted by many tweeps as a misogynistic tweet when he said, “Yeah, but who wants that mediocre love? That sh*t slaps when it’s soaked in tears B!”, with a tongue out emoji attached.

A tweep called Andiiiiiiiis replied to Sizwe’s tweet by reminding him that he’s almost 50.

Sizwe replied by downloading her profile picture and used it to respond to her age tweet. Tweeps assumed Sizwe’s intention was to mock her for her looks.

That’s when Sizwe apologised, saying he had acted in a mean manner and it was unnecessary on his part.

“I’m sorry @Andiiiiiiiis, that was mean spirited and unnecessary of me. I’ve deleted the tweet to you and the one you were responding to,” said Sizwe.

In an interaction with another tweep, who accused him of apologising because he was scared, Sizwe explained that he apologised because there was no need to do that to her.

“When I’ve messed up, I own it and correct it. There was no need for me to do that to her,” said Sizwe.

While all the tweets have since been deleted, the internet never truly loses receipts so here are the deleted tweets showing what went down: 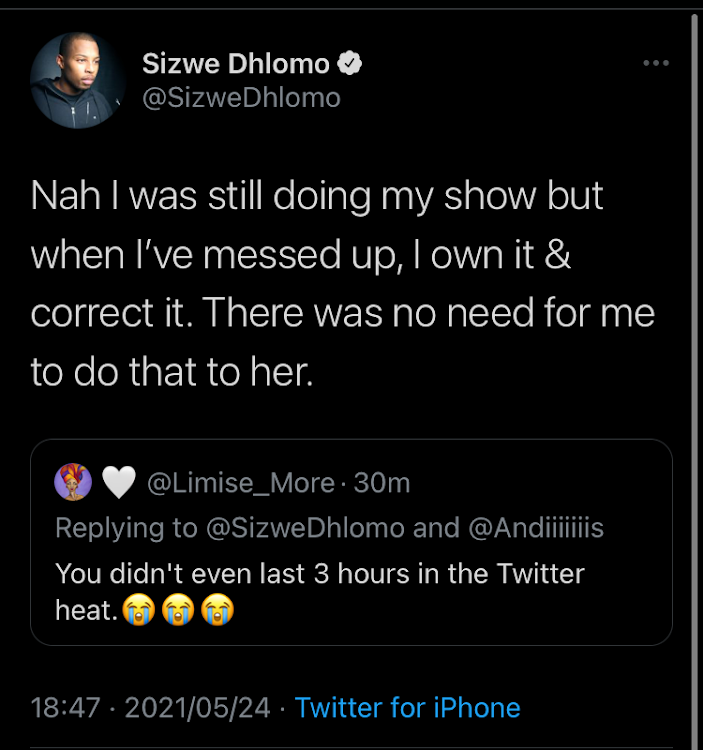 This tweep was barking up the wrong tree!
TshisaLIVE
1 year ago

This as AKA's friends continue to offer their support.
TshisaLIVE
1 year ago

Sizwe Dhlomo stands by claim he won't break up with a cheating wife: 'I am not built like you guys'