I hate saying he lost the battle against cancer because he told me he won, writes Chrizelda Kekana 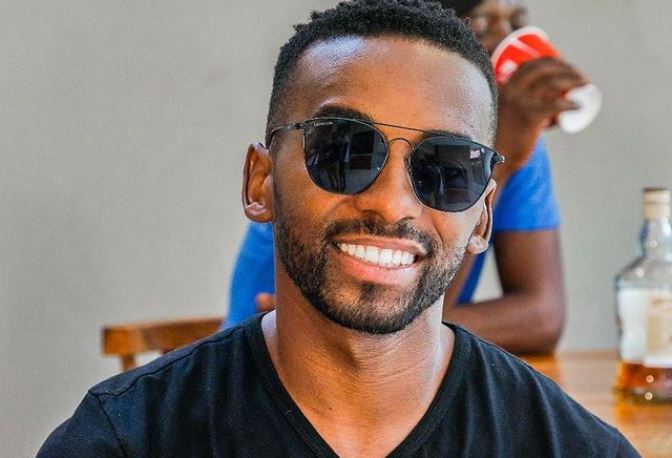 In 2019, I heard through the grapevine that actor Luzuko Nteleko had been diagnosed with cancer. I had no idea what kind at the time, but I heard that he had it and was always in high spirits because he was determined to fight.

I had met Luzuko earlier in my career and he had always been cool and was always kind and friendly. So as my career grew, he would let me know whenever he had new work projects to chat about and so we added each other on WhatsApp and had a good rapport.

On WhatsApp, I learnt other sides of Luzuko, in addition to the bubbly, always joking and laughing person I had come to know him as — like the entrepreneur in him, and that he was a staunch Christian.

So when I heard that he had cancer but wasn't bothered because he was going to fight and he was going to win, that sounded like the exact reaction Luzuko would have to getting cancer.

I reached out to him, of course, told him with confidence that if anyone could beat cancer, it was him — and that after he did, I should be the person he called to write that story.

Luzuko's family is grateful for the spiritual and medical care he received after being diagnosed with brain cancer.
TshisaLIVE
1 year ago

We didn't talk much after that, and as time went by, some blogs caught onto the news that he was sick. He never confirmed or denied the diagnosis to anyone in the media — at least not on record. And, if you followed his statuses on WhatsApp or posts on Instagram, all you would see is a guy who was sure of his pending victory and had placed his total trust in God, his family and the people who were helping him — in that order.

Luzuko loved posting encouraging Bible verses — exactly like the ones his family shared when they announced that he had died on Monday.

Luzuko was always positive that he would win.

He called me one random Saturday in 2020, saying he was finally ready to tell me what he had gone through since he was diagnosed and where he was at that moment in his fight.

"I beat cancer," he said at the beginning of the conversation with that wild laugh of his. "Wow!" I remarked, before telling him I knew he could do it — the journalist in me itching to start recording the conversation.

Luzuko stopped me in my tracks. He wasn't "calling me for an interview", he said. He just wanted to let me know that he'd won and that when the time was right he would tell the story.

He told me how hard it had been and how shocking his recovery was to his doctors and his family. "I shouldn't have even made it a few weeks", but God decided to show everyone that "I am Jesus's favourite", he said, quoting one of his most-used captions.

IN PICTURES | The life and times of Luzuko Nteleko, TV star and people’s person

Luzuko said while he felt ready to share, his family was not. He said after watching him go through the most, his decision to hold off on talking about his cancer was more for them than for him.

He had no regard for cancer, he said. His cancer didn't deserve prominence because he didn't fear it and he had won the fight. However, until such time as his family was ready for him to speak, he would politely decline all interviews.

I understood that and respected Luzuko even more for that decision.

We didn't speak after that and even when he stopped posting WhatsApp statuses, I wasn't worried because I had spoken to a healed Luzuko, who had won the fight. I thought this scarcity on the socials was pandemic-related or just social media fatigue.

Until we heard the news on Monday.

I hate saying he lost the battle against cancer because he told me he won. So I'll choose to say God remembered his son, aka Jesus's fave, and decided to call him home.

May his soul rest in peace.

"Some of the people we saw, their livelihood is worse off than it was 24 years ago and that broke my heart"
TshisaLIVE
1 year ago

The 'Zone 14' thespian touched the hearts of thousands across SA with his on-screen presence.
TshisaLIVE
1 year ago