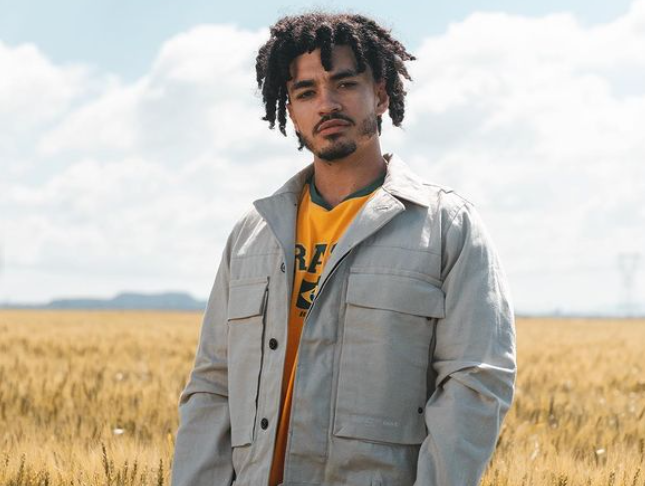 Rapper Shane Eagle says he plans to surpass his own bar with his next album, which he believes is going to be the best in Africa and put him on an even higher pedestal in the hip hop industry.

“I have some super producers based in London, US, SA working on the album and when it comes to rap, I don't compromise, I'm the type of artist that takes risks, independently I'm winning,” he tells TshisaLIVE.

The rapper recently released a new single titled Sun, ahead of his album which he hopes to release in the first quarter of 2022 and which he has been working on for the past two years.

“Just being able to be blessed to release another album is already a win for me. The pandemic gave me more time to focus.”

Shane says while many rappers might have the dream to relocate to America to break through into their music market, he is confident that his music can do that while he is in SA.

“SA and Africa as a whole is one of the most powerful continents, resource-wise and even with artists. America and the rest of the world look to us in terms of what is great and relevant then take it there and sell it for twice or three times the price,” he said.

“Because I am South African, for me is one step ahead than just another rapper in America because I'm from the source. Knowing my roots puts me miles ahead of a lot of people.”

Shane is an independent artist too, and though he admits to understanding how a record label can help elevate an artist, he says he wants to make sure that he owns his art and no-one makes him compromise.

“I put everything into my music ... and for someone to own that, for me is just a different form of exploitation. The only time I'd sign to a major would be a deal that's in line with my dream and my vision. Record labels are not as powerful as they used to be because the power is coming back to the artists.”

As an independent artist, Shane has been able to open for Chance The Rapper, Tyler The Creator, and even J Cole when he came to perform in SA and he's now grown a relationship with a lot of the rappers from his Dreamville record label, bringing him closer to breaking into the American hip hop industry.

“That is something that I manifested. When Bas came to SA I ended up going on tour with him, that's what solidified the relationship. I'm blessed enough to have them as friends and peers on my new album and I've also been invited to perform at their festivals so it's just manifestation.”

AKA and Shane Eagle ready to squash the beef

WATCH | Mega moves! Shane Eagle gets a billboard in America

'Dark Moon Flower' premieres in New York and puts Shane Eagle on in a BIG way!
TshisaLIVE
2 years ago

This is why Shane Eagle is a trending topic on Twitter on Wednesday morning.
TshisaLIVE
2 years ago