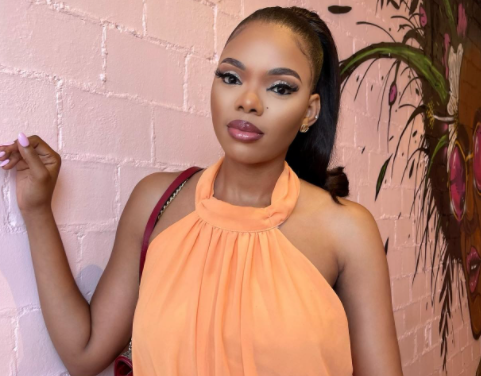 Singer Londie London spills the beans on her husband's thoughts about her joining the cast of 'The Real Housewives of Durban'.
Image: Instagram/ Londie London

Singer Londie London shocked fans after she was unveiled as one of the three new wives joining the cast of The Real Housewives of Durban and she admits that it came as a surprise for her husband, businessman Hlubi Nkosi, too.

“My husband is not a person that likes to be in the public eye; we are the total opposite. So he was a bit sceptical of course, but he was like, ‘OK, I think this is a great opportunity for you' ... I know that he's a bit uncomfortable with being on camera, but he's happy about it,” she said.

Londie is bringing her husband, her son Uminathi and her mother on her reality show debut, all part of her running the narrative of her story as a businesswoman, wife, mother, and daughter.

“Putting my personal life out there was the most challenging part for me ... My child is going to be on TV as well and I haven't even posted his face on social media. At first, I was like, ‘Do I really want to do this?’. But I was like, ‘OK, for once, let me just tell my story,' you know, rather than letting other people do it.”

After keeping off the public radar for awhile without releasing music and striding into business ventures, Londie says the reality show will be a great platform for her to showcase the evolution of her brand.

“Since I've become a wife and a mother, I thought it would be a great idea for the public to see how I’m rebranding myself. People know me as this sexy singer, but they don't really know my personality and what I'm about outside the entertainment industry. So when I got the opportunity to be one of the housewives, I thought it was a great way for me to connect with a new audience.”

This hasn't been an easy transition however. Speaking of her first-time experience in filming her life while getting to know the other cast members of the show, Londie said she had a tough start with Nonku Williams who was making a return from the first season but easily got along with JoJo Robinson.

“When the show was starting and we were still shooting episodes 1 and 2, there were awkward moments here and there, but I wouldn't say we didn't gel. Nonku and I had a bit of a rough start, but we’re good now.

“Jojo [Robinson] and I are the new girls and with our personalities, we're very similar.”

Londie says fans can expect sassiness, fashion, and fun from her as she gives them a front-row seat to her life through the reality show.

Nonku Williams says she's got a lot to offer on RHOD and understands her impact.
TshisaLIVE
4 months ago

'If circumstances were different from season one, I would have given you another killer season," Kgomotso said.
TshisaLIVE
4 months ago

Out with the old, in with the new. Mzansi reacts to the official cast of Real Housewives of Durban.
TshisaLIVE
4 months ago

RHOD star Mabusi thanks fans: ‘You are not forced to love me but the love is so overwhelming’

During an Instagram Live on Sunday, Mabusi admittied she joined the show to get exposure for her business.
TshisaLIVE
9 months ago