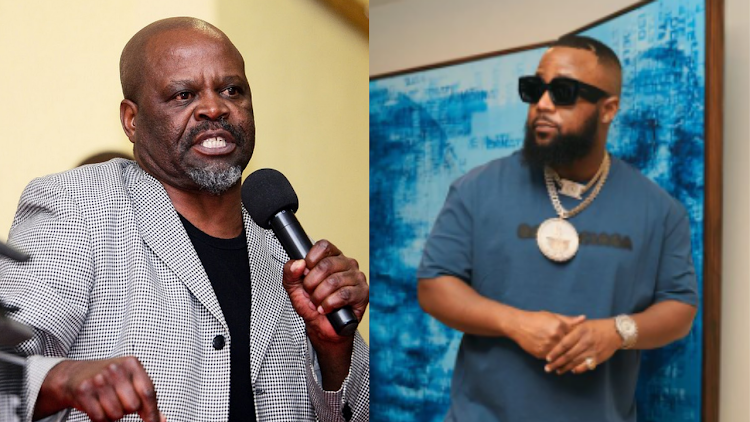 Rapper Cassper Nyovest has shared his first tweet after the news of the death of actor Patrick Shai on Saturday saying “Only God knows”.

The veteran actor died on Saturday.

“It is with great sadness to announce the passing of the veteran actor Ntate Patrick Shai. He passed away this morning (January 22 2022)," the family said in a statement.

The Mama I Made It rapper tweeted for the first time on Saturday afternoon.

Cassper's tweet — seemingly in response to Shai's death which topped the Twitter trends list — got 3.4k retweets and over 20k likes in less than an hour.

In the rapper's comments section — which had over 300 comments — many agreed with his shared sentiment that “Modimo” which translates to 'Only God knows', including EFF leader Julius Malema.

Cassper's tweet also landed him on the Twitter trends list as tweeps discussed how he must be feeling after the old man's death, especially considering their last “interaction”.

This because the actor hogged headlines recently after he called out Cassper for an invitation to participate in one of his celebrity boxing ring matches.

The late actor was slammed on social media for his choice of words and had to retract his videos and issue an apology to Cassper, the rapper's mother and SA.

An apology the rapper seemingly rejected.

"These are some weird times yo. When everyone runs of out of ideas to trend they just think 'Cassper Nyovest'," the disappointed rapper said.
TshisaLIVE
4 months ago

Cassper Nyovest says he's definitely winning the celebrity boxing match against NaakMusiq based on the footage.
TshisaLIVE
4 months ago