'Living the Dream with Somizi' returns for season five and plans to show all!

The season will show Somizi fresh from a split with Mohale and facing abuse allegations, his career at a crossroads and more! 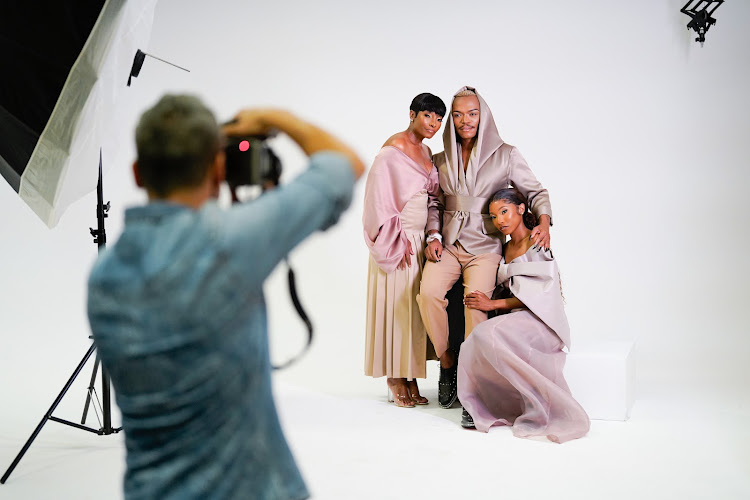 Somizi and his family are coming back to give SA a front row seat into their lives with season 5 of his reality show.
Image: Supplied/Showmax

After having gone through the most in the past year or so, Somizi's life has grabbed enough headlines to warrant a return of his reality TV show, and just as his fans have been asking, Showmax has announced that season 5 starts next month.

Living the Dream With Somizi (LTDWS) will launch its fifth season on May 4 2022, first on Showmax, according to a statement sent to TshisaLIVE.

The winner of the 2020 Safta for Best Structured or Docu-Reality Show picks up in the second half of 2021, in the aftermath of Somizi’s split from Mohale, Mohale’s accusations of abuse against Somizi, and the passing of Somizi’s mother, legendary actress Mary Twala. As the season starts, Somgaga’s career is at a crossroads: he is taking time off from Idols and Metro FM, and has replaced his management team with himself, as he looks to add a children's clothing store to the Sompire.

“It’s been a rollercoaster but the dream never dies, no matter how crazy things may get. Angeke. Life isn’t always easy, but we must remember that the hard times are there to teach us,” says Somizi.

Season 5 also sees Somizi exploring his calling and working on his relationships with his daughter Bahumi and his baby-momma, Palesa Madisakwane, who is still recovering from a horrific, near-fatal car crash in 2019.

Head of content at Showmax, Candice Fangueiro, dubbed Somizi “one of the most influential figures in pop culture in SA”, adding that the media personality was worth investing in.

“His wedding special, Somizi & Mohale: The Union, was The Union of the Year and set a then record for the most first day views on Showmax at launch. Having told the story of the wedding, which appeared to many almost like a fairy tale, for balance we wanted to explore everything that followed.”

Fans are to look out for appearances from the likes of Cassper Nyovest, Kelly Khumalo, Lerato Kganyago, Lorcia Cooper, MaMkhize, Pearl Thusi and Vusi Nova.

Season 5 of Living The Dream With Somizi will start streaming first on Showmax on May 4 2022, with new episodes every Wednesday.

Mohale Motaung confirms he's getting a divorce from Somizi and maintains that he was allegedly abused by his estranged husband.
TshisaLIVE
10 months ago

Somizi claims he's never been abusive towards Mohale and added, "I am at this stage not at liberty to dive deeper into the details but can state that ...
TshisaLIVE
10 months ago

As calls for the star to address the abuse claims mounted, the SABC said Somizi had met with his Metro FM bosses and requested time off.
TshisaLIVE
10 months ago