‘Fenty Beauty is about inclusivity’ 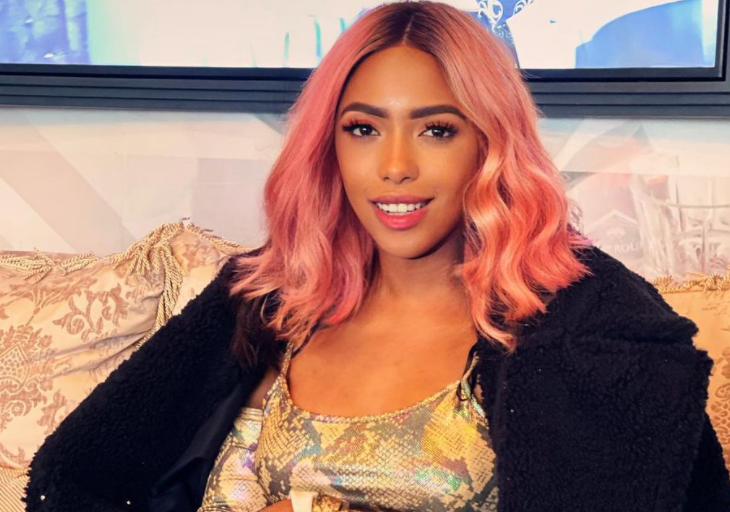 Gigi Lamayne says being part of Fenty Africa is a manifestation of hers that is aligned with everything that she has been doing.
Image: Instagram/ Gigi Lamayne

Rapper Gigi Lamayne says it's a huge honour to be part of the Fenty Africa family. The rapper took to her Twitter to announce she would be one of the people involved in the rollout of the brand.

Global superstar and the brains behind Savage and Fenty Skin and Beauty Rihanna announced on her Instagram that her brand will make its way to some countries in Africa.

Speaking to TshisaLIVE, Gigi said she would join other young people picked across continent.

“ Fenty Beauty and Fenty Africa are coming to Africa. I have always been openly part of the navy which is Rihanna's following, supporting through Savage and Fenty and stuff like that. It is  crazy how manifestation can work.

“Amazing young individuals from across Africa have been selected, myself included, to activate the process around being part of the Fenty family. People familiar with the products. Really cool stuff that's about to come,” she said

Guess who’s Part of the Fenty Family ???? Excitement !! @rihanna @fentybeauty @fentyskin are coming to Africa & South Africa -I’m one of your pilots 🇿🇦 ! Beautiful skin and glamorous glows ! Stay tuned for all the hacks Official launch on May 27. #BlackGirlMagic #FentyAfrica pic.twitter.com/bOa4RECBJn

As part of their activations before Fenty Africa officially lands in Mzansi, the rapper said they had a session on Wednesday.

“We had the privilege of joining a masterclass with Hector Silva, the global makeup artist for Fenty Beauty. He did a masterclass t around beauty, skin care, being a musician and on stage and the fact that makeup is not just something that looks aesthetically pleasing , for many its an expression and something that amplifies how we look.  Being selected to be part of the Fenty Beauty and Fenty Skincare roll ut to the rest of Africa alongside amazing people like Ammara Brown from Zimbabwe and a lot of young key women doing the most is a very big honour."

Fenty Africa is launching on May 27 into the rest of the continent. Products will be available in selected stores

“Fenty Beauty is about inclusivity. As black women we all know that struggle of getting into a cosmetics store and trying to get your colour. There's a colour for everyone.  I love that I'm a part of it. This is manifestation in its purest form and ties in well with everything else we are doing. Expect to see a lot of Fenty and a lot of Gigi doing a lot of work with Fenty Beauty and Fenty Skin.”

A post shared by FENTY BEAUTY BY RIHANNA (@fentybeauty)

"Thank you for opening my heart and mind. Thank you for being real with me," tweeted Gigi Lamayne.
TshisaLIVE
2 weeks ago

"I can’t help everyone. That breaks my heart. I’ll go through as many as I can. I’m so sorry for those I won’t be able to assist."
TshisaLIVE
2 months ago

Gigi Lamayne U-turns back to hip-hop with new album

"I did a U-turn on that because I realised that people fell in love with me because of hip-hop," Gigi explains her hot and cold relationship with SA ...
TshisaLIVE
3 months ago

"For some reason the SA hip-hop scene is draining my life, and with my spiritual journey I want to be in control of my environment," Gigi said.
TshisaLIVE
7 months ago