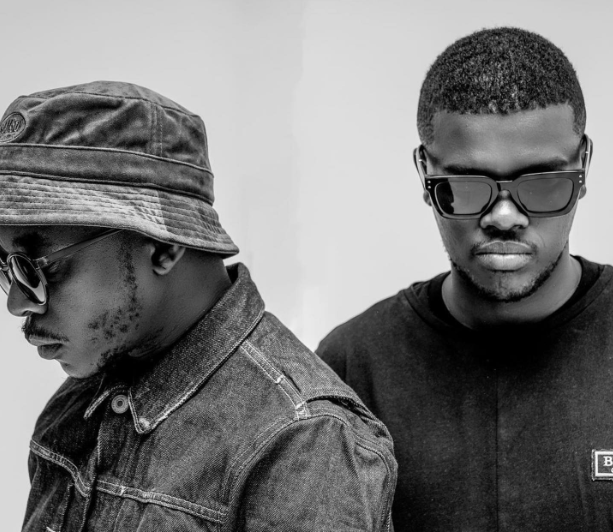 A tweet by DJ and producer Prince Kaybee expressing his grief about the “death” of musical group Black Motion has landed the group and the duo who form it on the Twitter trends list as many say they don't want to live without Black Motion.

Prince Kaybee to took to his Twitter to express how he was saddened by the end of a music era after the alleged splitting of Black Motion's Bongani “Mörda” Mohosana  and Thabo “Smol” Muhogwane.

“Still in disbelief that Black Motion is no more. The most decorated and astounding duo of our time,” tweeted Kaybee.

Still in disbelief that Black Motion is no more, the most decorated and astounding duo of our time.💔

His tweet seemed to revoke feelings in the massive Black Motion fan base. The thought of Black Motion never “healing” people with their music doesn't sit well with many tweeps.

They took to the TL to express how they would be sad if what Prince Kaybee was insinuating was true. Some slammed the DJ for fuelling a lie as the duo has said Black Motion will remain intact even as they pursue different ventures individually.

Here's a snapshot of the tweets:

Black Motion put out a statement to defuse this situation.
I think as a fellow artist, you could of let them share those news for themselves (if they are true) or encouraged them to drop a statement.
Imagine if people dropping things about your career when you’re not ready. Smh pic.twitter.com/9qNXHf5cib

Did you read the statement though?

Black Motion has previously slammed claims they have split as a music group.

The duo put out a statement after speculation of their split went rife when fans noticed Bongani pursuing gigs without his band member Thabo.

Their official statement explained Bongani was still part of the group but was also launching a solo career under the moniker Mörda and no longer "Murdah Bongz", and that Smol was also venturing into “other business aspects” which would be announced in due course.

“Spirit Motion would like to state on record that Black Motion members Thabo Muhogwane, aka Smol, and Bongani Mohosana, aka Murdah Bongz, have not parted ways. Black Motion still exists and have plans for more years to come,

“The only change which does not affect the duo is that Murdah has rebranded himself from Murdah to Mörda. This is because he is preparing to launch his solo career as a DJ, but remains part and parcel of Black Motion. The same applies for Smol, who is also venturing into other business aspects,” read the statement.

Read the story and the full statement below:

Black Motion's Murdah Bongz changes his stage name, as Thabo ventures into business but the duo is still intact!
TshisaLIVE
3 months ago

"May you remember your own advice when you face the same difficulties/situation that you judge others on," DJ Zinhle responded.
TshisaLIVE
1 month ago

Murdah Bongz and DJ Zinhle light up Paris with love!
TshisaLIVE
5 months ago

WATCH | Aww! Murdah Bongz’ video with baby Asante and Kairo is the cutest

DJ Zinhle and Murdah Bongz are proud to be the faces of Drip's new fragrance range.
TshisaLIVE
3 months ago