The almost purrfect spy: We can learn a lot from Operation Acoustic Kitty 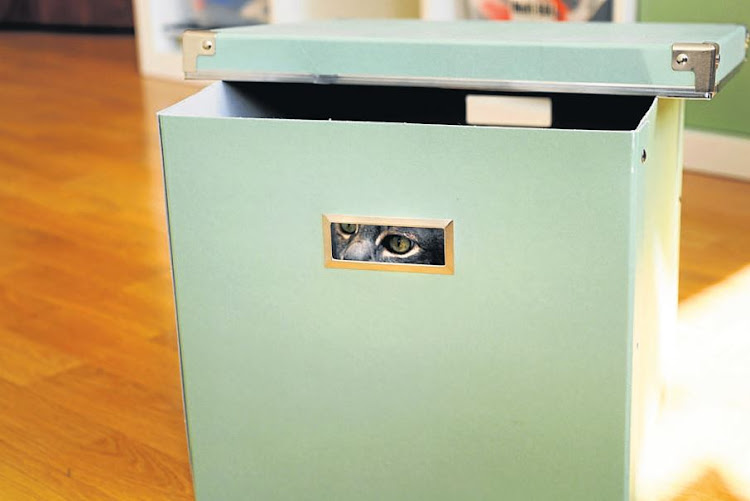 SNOOP CATTY CAT It's not a bug, it's a cat.
Image: iStock

So far I think humanity has done a pretty good job of rumbling the nefarious schemes and twisty-moustache plots of the various u-vowelled Zumas and Trumps and Guptas and Kushners and skulking Russians, but it does bother me that so little of that rumbling has come about through good surveillance or intrepid investigation.

So far we’ve had to rely on anonymous leaks as well as the overweening arrogance and sheer knuckleheaded incompetence of the plotters, but what will we do when this cluster of chumps finally figures out, for instance, not to use their own cellphones? Today’s cast of villains is bumbling and dim but they’re persistent, so the rest of us need to up our spycraft game.

When it comes to creative spying, you can’t beat the Cold War years. Ah, what a golden time for espionage, when everyone had money and a sense of mission and imagination. Poisoned umbrella tips! Experiments in psychokinesis! But my favourite scheme, the one I am proposing to adapt to save the world and save South Africa, is Operation Acoustic Kitty.

We all need to step back occasionally to assess our lives

It will come as no surprise that I am pleased that Roger Federer won Wimbledon last weekend, even though I don't watch tennis or have any real sense ...
Ideas
5 years ago

For such a covert plan, Operation Acoustic Kitty is a pleasingly literal and Austin Powersish name. During the 1960s the Americans had obviously bugged all the Soviet embassies, but in spy circles bugging is a little like a vote of no confidence in the South African parliament: it would be weird if you didn’t do it, but no one seriously expects it to produce results. The hitech Soviet technique for avoiding the bugs was to walk outside and conduct their conspiratorial commie conversations in a public park, with newspapers covering their mouths so no one could read their lips.

This was frustrating for the Americans, but it also made them think. What is so common in public parks as to be perfectly inconspicuous, but might be used to conceal a listening device? For me the obvious answer is a pigeon or a drug dealer, but for the CIA it was a cat. Russians are notorious cat-lovers, and surely even a beady-eyed Bolshevik wouldn’t look twice at some bored tabby slinking past. Cats are famously tricky to train, so who would suspect them?

The problem with this, of course, is that cats are famously tricky to train. The CIA had a solution.

The first step was to open up a cat. They chose a young male named Peanut. The second step was to implant a battery pack in Peanut’s abdomen, to power the listening device they implanted in his cochlea. The next steps are where it becomes more weirdly 1960s spymovie-ish. They attached electrodes through which they could use a remote control to give Peanut electric jolts to steer him from afar. Small pulses would get him walking; a pulse on the right would make him turn left; there was some way to make him stop. Peanut became a purring guided microphone.

They had to open him up again and run wires to his brain to override hunger
and romance.

It worked well enough in the lab, but when Peanut was hungry or sexually interested he ignored the electronic pulses, so they had to open him up again and run wires to different parts of his brain to override the impulses of hunger and romance. They used his tail as the antenna.

Now, I am not proposing we use a cat. All the effort and trouble to bring Peanut under military micro-control meant that Operation Acoustic Kitty cost more than $20-million in 1960s money, which would be considerably more today. I suggest we use less headstrong local subjects — a hadeda, for instance, would be less wilful than a cat and has a beak almost purpose-made for use as an aerial. Or we could just hollow out Andile Mngxitama, who has already shown that he has a willing propensity to be used as a puppet.

The big day for Peanut’s first field test was a bright spring morning in 1967. The CIA staked out the Soviet compound in Washington DC from a white panel van. They watched as two Russian diplomats emerged and crossed the street to the public park to smoke their Sobranies and finalise plans for the overthrow of the decadent West. This was Peanut’s moment.

With sex drive and appetite deactivated, he was let out of the van, and under remote control went obediently padding across Wisconsin Avenue. At which point he encountered another hazard we will have to carefully consider for our South African operation, because just, as Peanut reached the middle of the road, a taxi came speeding round the corner and killed him.

The relationship between a man and his umbrella can be summed up as: It's complicated.
Ideas
5 years ago

The slippery slope of inertia

The Big Read: Handwriting from the heart

Letters and postcards can evoke strong sentiments, but sometimes it's better they remain unsent
Ideas
5 years ago