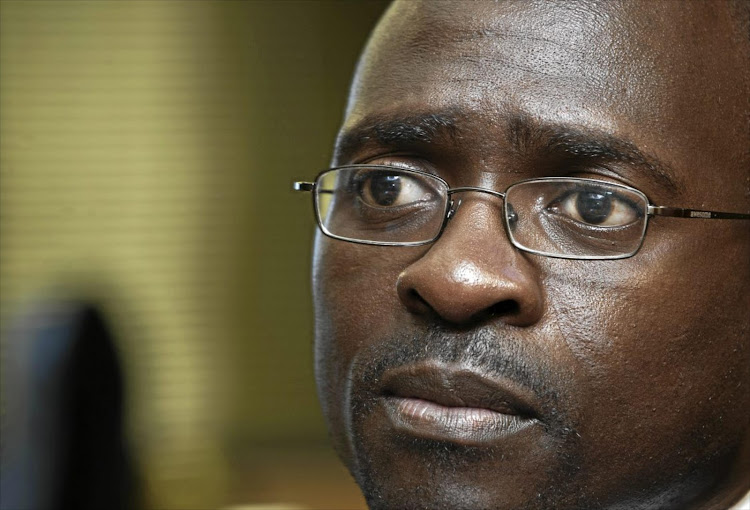 The Cabinet was just finishing its morning Russian lesson when word came that Malusi Gigaba had locked himself in the toilet and wasn’t coming out.

“I’ve tried everything‚” whispered a panicked aide hovering outside the gold-leafed entrance of the Che Guevara Memorial Washroom. “And I think he’s crying.”

Jacob Zuma stepped forward and tapped gently on the door.

“Malusi?” he murmured. “We missed you in class today. We learned how to say ‘Good day‚ Comrade Helicopter Pilot. It seems the hastily built nuclear reactor has exploded and now we require you to take us to Harare at an altitude undetectable to radar.’ Doesn’t that sound like fun?”

There came the damp trumpeting of a nose being blown.

Tomorrow's medium-term budget policy statement will be a "defining moment" for Finance Minister Malusi Gigaba, who is not "trusted by the markets", ...
Business Times
4 years ago

“Comrade‚” cooed the President‚ “I know we agreed at Polokwane to be three hours later for every official event to affirm our contempt for so-called ‘time’ as a puppet of the so-called laws of so-called ‘physics’‚ but I just wanted to check if you’re going to come out in time to present the Medium Term Budget Policy Speech.”

There was silence‚ and then a slow whine like air being let out of a balloon‚ and then a torrent of sobs.

“I don’t understand‚” said Zuma. “You look so sassy! That suit is flames!”

“Flames!” echoed the Cabinet‚ except for Cyril Ramaphosa‚ who never said anything‚ ever.

“It’s not about the suit!” sobbed Gigaba. “It’s the speech!”

“But the speech is so nice!” exclaimed the President. “All those words and numbers!”

“But it’s not what Comrade Vladimir told us to say!” howled Gigaba.

There was the sound of paper being uncrumpled‚ and a creased‚ tear-stained fax was thrust out from under the door.

Wednesday's medium term budget policy statement will be a "defining moment" for finance minister Malusi Gigaba who is not "trusted by the markets"‚ ...
Politics
4 years ago

They’d all seen it. It had arrived in the Muammar Gaddafi Memorial Fax Machine the week before‚ addressed to ‘Mid-Level Rosatom Staff in Southern African Franchise‚ AKA the South African Government’‚ and it had contained only one line of text:

‘VLADIMIR IS WAITING AND VLADIMIR DOES NOT LIKE WAITING.’

The Cabinet nodded enthusiastically‚ except for Cyril Ramaphosa‚ who never moved‚ ever.

“Besides‚” said Zuma‚ “Comrade Vladimir knows that stripping an entire country of its wealth takes time.”

“Does he?” sniffed Gigaba.