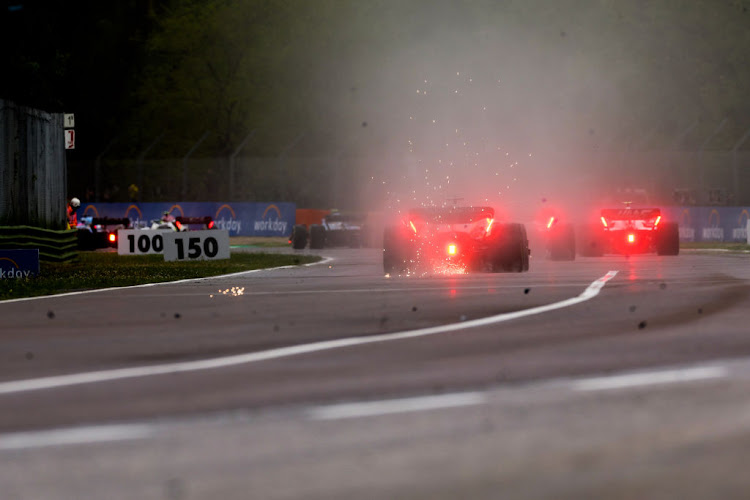 Formula One chief executive Stefano Domenicali said in March that he would talk to Netflix about keeping the narrative of 'Drive to Survive' rooted in reality and would also open a dialogue with drivers.
Image: Peter J Fox/Getty Images

Formula One and Netflix confirmed on Thursday two more seasons of the Drive to Survive docudrama credited with taking the sport to new and younger audiences and boosting popularity in the US.

Season four, which aired this year, has featured in Netflix's weekly top 10 in 56 countries, Formula One said in a statement. Filming for season five, to air next year, is under way with the fifth round of the season taking place in Miami this weekend.

“The new season will once again take fans behind the scenes, to witness first-hand how the drivers and teams prepare to battle it out for the 2022 and 2023 championships,” Formula One said. “The series will offer never-before-seen footage and interviews from the sport’s biggest names.”

The race, making its debut, is one of two US rounds on the 2022 calendar with a night race in Las Vegas scheduled for next year.

While the series had proved popular viewing, Red Bull's world champion Max Verstappen is not a fan and did not take part in its fourth season.

Critics say rivalries are manufactured while conversations and radio comments have been placed out of context to liven up the show.

Formula One CEO Stefano Domenicali said in March that he would talk to Netflix about keeping the narrative rooted in reality and would also open a dialogue with drivers.

Former Audi partner ABT returns to Formula E from 2023

Former Audi partner ABT will return to the electric Formula E championship next season after a year's absence, series organisers announced on ...
Motoring
2 weeks ago

Despite the advent of online streaming, people refusing to pay their TV licences and a reported R600m revenue loss since 2020, the SABC still manages ...
Motoring
2 weeks ago

Driver Matt Kenseth was selected on his first time on the ballot and highlights the NASCAR Hall of Fame 2023 class.
Motoring
2 weeks ago