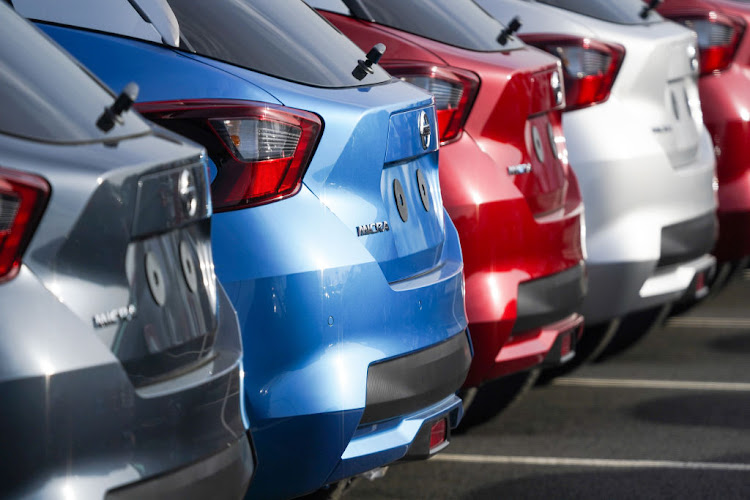 Newly manufactured Nissan vehicles parked at the company's factory in Sunderland, in the UK, on Tuesday, March 24 2020. Nissan suspended production at the plant, along with other industrial manufacturers across the region, as the rapidly spreading coronavirus outbreak inflicted increasingly greater economic pain.
Image: Ian Forsyth/Bloomberg via Getty Images

British car production could slump this year to the lowest level in decades after the coronavirus pandemic forced factories to close and hit demand, according to an industry body.

Just 197 cars were made in April compared with 71,000 in the same month in 2019, leaving year-to-date production down more than a quarter, the Society of Motor Manufacturers and Traders (SMMT) said.

Only some automotive sites have reopened since then with the country's largest car plant, Nissan's Sunderland facility, not set to resume production until next month.

Full-year production could fall to as low as about 870,000 vehicles, according to a forecast by AutoAnalysis for the SMMT, far below a recent nadir of 999,460 cars in 2009, during the financial crisis which began the previous year.

Before that, output last fell below 1 million in the early 1980s.

This year, Britain’s economy may shrink by 13%, its deepest recession in three centuries, with two million people potentially losing their jobs, according to the country’s budget forecasters.

The pandemic adds to a series of challenges facing automakers, including a slump in diesel demand, which has already pulled down British production in recent years, and the cost of meeting stricter emissions rules by electrifying their line-ups.

Global car sales for Japanese car makers more than halved in April as the coronavirus pandemic forced governments to impose lockdowns that left ...
Motoring
2 years ago