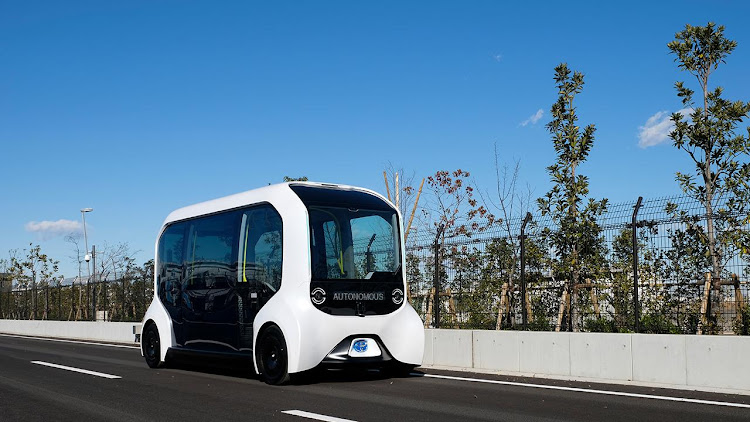 Toyota has suspended operations of its self-driving e-Palette transportation pods at the Paralympic Games village in Tokyo.
Image: Toyota

Toyota Motor said on Friday it had suspended all self-driving e-Palette transportation pods at the Tokyo Paralympic Games village, a day after one of the vehicles collided with and injured a visually impaired pedestrian.

The e-Palette, a fully autonomous battery-electric vehicle, was adapted specifically for use during the Tokyo Olympic and Paralympic Games, with large doors and electric ramps to allow groups of athletes to board quickly.

The company said it was cooperating with a local police probe to determine the cause of the accident, adding that it would also conduct its own investigation.

Toyota said it would continue to coordinate closely with the Tokyo Organising Committee of the Olympic and Paralympic Games to prevent any further incidents.

Paralympic Games organizers were not immediately available for comment.

The 2020 Paralympic Games began on Tuesday in Tokyo, even as Japan struggles with its worst Covid-19 outbreak, with record daily cases and an overwhelmed medical system.

Tom Cruise on Thursday presented what he called his most dangerous stunt ever in a clip from his upcoming 'Mission: Impossible 7' movie.
Motoring
8 months ago

Japan doesn’t have enough electric cars for its EV chargers

Japan, which Prime Minister Yoshihide Suga has pledged will become carbon neutral by 2050, is grappling with a classic ‘build it and they will come’ ...
Motoring
8 months ago