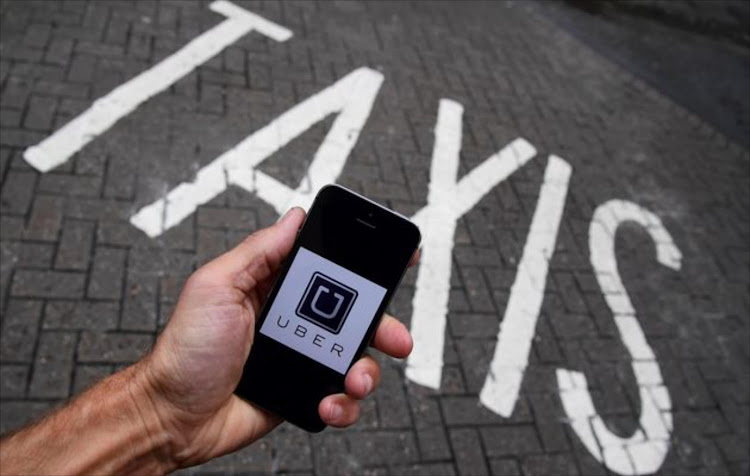 A petition has been launched to counter violence against Uber and Taxify drivers in South Africa. File photo.
Image: TOBY MELVILLE / REUTERS

A petition has been launched to counter violence against Uber and Taxify drivers in South Africa.

The petition will be delivered to Police Minister Fikile Mbalula and has 1‚711 supporters so far.

Last month Uber confirmed a brutal attack on a driver in Pretoria.

The driver was taken to hospital after his car was set alight while he was in the vehicle‚ leading to him sustaining serious injuries.

Following the report‚ another Uber driver became a victim of arson after he was attacked and his car burned to ashes.

Uber South Africa says it is "devastated" to confirm the brutal attack of a driver-partner in Pretoria this past weekend.With riders advising the ...
News
5 years ago

“Meter Taxi violence and intimidation has escalated at an alarming rate‚ attacks becoming more frequent and brutal. A petrol bomb was thrown into an Uber car recently‚ the driver was in ICU‚ unable to talk‚ his car a burnt out shell.

“Another was beaten and his face slashed with a knife‚ he managed to get away while they were trying to force him into the boot but now needs surgery to insert a metal plate in his face. Probably 99% of attacks happen when a driver is alone so there are no witnesses. Business has dropped off which isn't fair as this is their aim‚” the petition by Uber Drivers SA reads.

People wrote messages of support for the movement on the change.org website.

“I'm signing in because of this violence which is happening out here. We are asking you‚ minister‚ to do something for us. We are being robbed as Uber drivers. We not happy at all. Please help us so that we go free in this free country‚” said Ndabuko Mhlanga.

Another supporter‚ Florence Radebe‚ pleaded with the minister to help them.

“As I'm a single Uber women driver we plead with Fikile Mbalula to help us to deal with this barbaric thing with the meter taxi guys. We really need Uber as it helped to put food on the table for our family‚” she wrote.