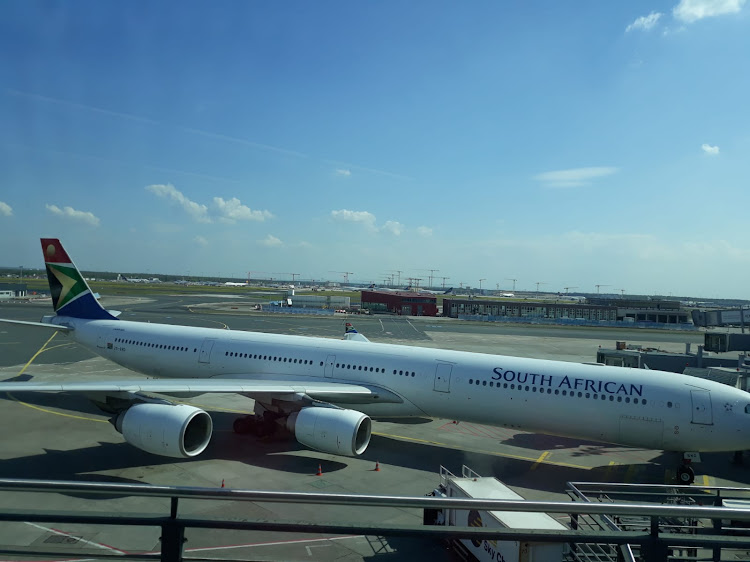 'The best thing I've ever seen was the SAA plane at Frankfurt airport,' said Renée Harms, who was able to find her way home after being stuck in Finland.
Image: Renée Harms

South Africans stranded abroad have a lifeline in the group Home Away From Home [HAFH].

Through WhatsApp and a Facebook page, the group works as a database for about 1,445 South Africans trying to make it back home.

The group works to keep everyone informed of their situation and help members find the appropriate authorities in the respective country they're in and in SA to make it happen. They also provide trauma counselling and help find locals to host those stranded until they can be repatriated.

The group is asking for anything people can spare to help pay for a CemAir flight to get them back to SA.
News
1 year ago

“So far we have repatriated 2,966 people - that's 80% of our original database. Now we are getting calls from people who were working abroad and now are without work and cannot get home.”

She said the main issue was that people did not have enough information about the protocols about lockdown.

“We've even been contacted by South Africans living in SA who just have basic questions. People just need information - even if it's bad news - they just want to know what's happening.”

Joao Cruz, 49, from Emalahleni (formally known as Witbank) in Mpumalanga, is one of the people Cazzetta-Barrell is working with.

For the last three weeks, Portuguese couple Alberto, 72, and Fatima, 67, Da Rocha have opened up their home to him. 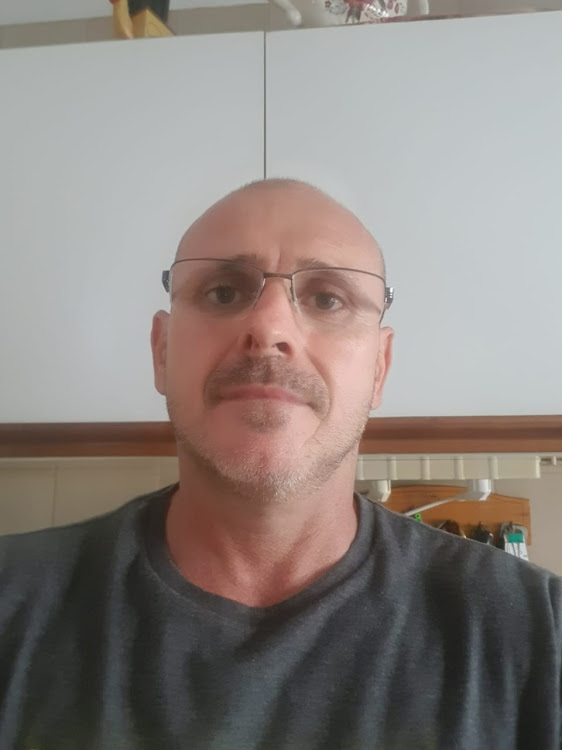 Cruz arrived in the country on March 19 and was to head over to Spain the next day for a business meeting. His trip was cancelled as borders about the world began to shut to prevent the spread of the virus and he was unable to return home.

Unsure of what to do, Cruz stayed at the airport waiting for a flight home - for two weeks.

“With the exchange rate what it is, I am quickly running out of money. A Coke costs R60 and a sandwich R80. I spoke to [Cazzetta-Barrell] and she managed to find a family to put me up for a bit. I'm sure they want their house back though.”

When the first SAA repatriation flight was announced, Cruz was excited at the prospect of returning home.

“But I wasn't allowed on the plane. I have a duel passport [South African and Portuguese]. My grandparents were from here [Portugal]. I usually travel on my Portuguese passport.

“My name wasn't put onto the list because the authorities said I wasn't a South African. Even when I showed proof of residence. Proof of birth in SA. Proof of my business and my family in SA. They wouldn't budge. We actually had to get a lawyer involved - then suddenly they allowed me entrance back into SA - only thing is that there are no more flights now.”

Cruz said there was a group of 20 other South Africans in the same situation.

“There could be a flight in the [United Arab Emirates] but it will cost me R39,000. I can't afford that. My business is closed. My wife owns a small chain store at a mall  - she's not allowed to work [during lockdown] but we still pay the R50,000 a month for the floor space.

“I can probably only afford to stay here another two weeks - then I have no money left.”

“I know it's not government's fault. I should have petitioned harder to get on the first flight. But I won't give up trying to get home. Hopefully government will hear our pleas.” 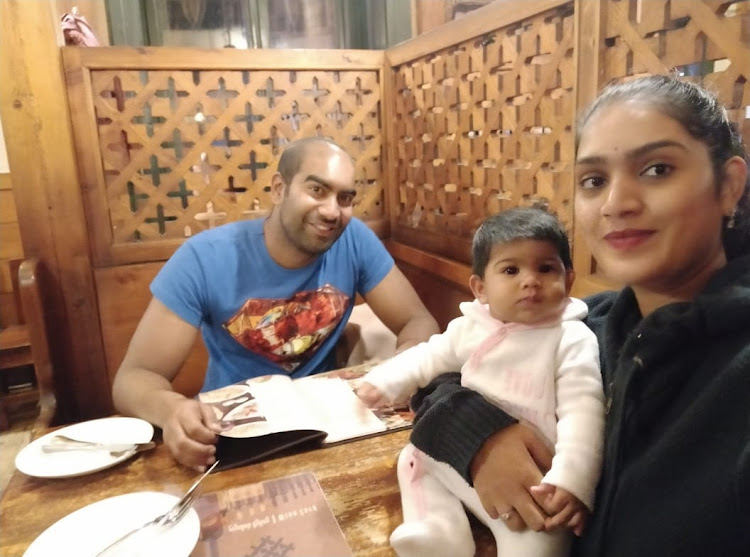 Cape Town-based IT specialist Thavashan Naicker, 30, decided to meet his wife Rebecca, 26, and seven-month-old daughter Devashri in Georgia for a skiing holiday. He had left SA a week earlier for a business trip in Turkey and joined his family on February 19. They had expected to stay until March 22.

“On March 18 we saw a lot of flights started getting cancelled. I called Turkish Airways [the airline they would use to get home] to ask if our flight was still on. They assured me it was. But a day later it was cancelled. I called again and they said they would put us on a flight the following day. It was like that every day until eventually on about the 25th [March], we realised we were staying.”

The couple, who had rented an Airbnb flatlet, decided they would need a bigger place as they were going to stay indefinitely. But they were running out of money.

“We reached out to the HAFH group because we started to run out of money and needed to get home urgently. It's not an ideal situation when you have a baby.”

Cazzetta-Barrell put the couple in touch with businessman David Chichinadze, 50, who had a home in Georgia.

“Before I met him I was so stressed. Rent and food and baby needs were bleeding our funds. David came to fetch us, he had organised with government that we could travel to the home. When we got there he had stocked the fridge and made his beautiful home look like a hotel. There were even slippers waiting for us. He didn't charge us a cent.”

The task now is to get the family home. He and 20 other South Africans are planning a fundraising campaign so they can afford a flight from Turkey. 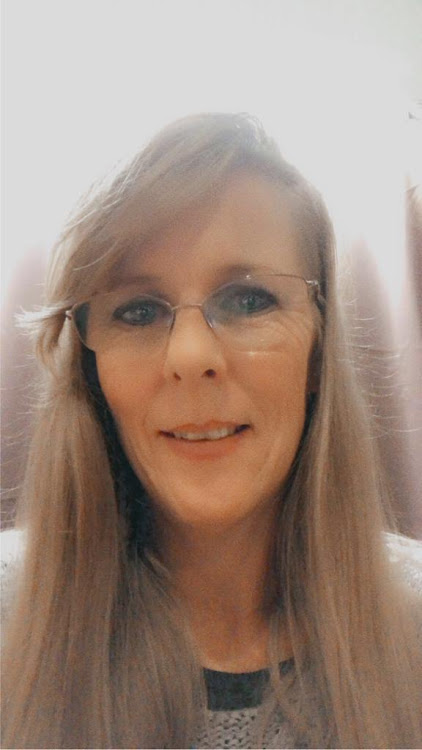 Renée Harms returned to Rustenberg after being repatriated from Finland.
Image: Supplied

Renée Harms, 46, is one of the lucky nationals to be repatriated from Frankfurt last month. She had travelled from Finland where her family live. After a nine-day quarantine at the Birchwood hotel, near Johannesburg's OR Tambo Airport, she finally got home to Rustenberg on Wednesday, May 6.

Harms had left SA on December 6 with the intention of living in Finland, joining her mother - originally from Finland - and her brother.

She took beloved border collie brothers Sox and Bootz with her. But it wasn't exactly the welcoming home she expected.

“It rains every day. Nobody can understand you - even at the shops. I had to use Google Translate to see what I was buying. I couldn't get a job and the Finnish are not welcoming to expats.”

Harms, who suffers depression and anxiety, was also unable to access her medication, “they gave me vitamin D”.

Eventually it all got too much for her.

“All I did was take the dogs for walks and then sit on the couch consuming only coffee and cigarettes. I started thinking about where and when I would do it [commit suicide]. I knew I had to get out.”

In February Harms began getting her dogs' papers to get them and herself back home. But the red tape for transporting pets became a lengthy process and she still did not have clearance when the borders closed on March 14.

Cazzetta-Barrell said she had to call Harms every day to ensure she did not harm herself.

“I was very worried about her and I pushed to get her out. All the late nights talking has really bonded us and I consider her a friend now. I told her when all this was over I would come and visit.” 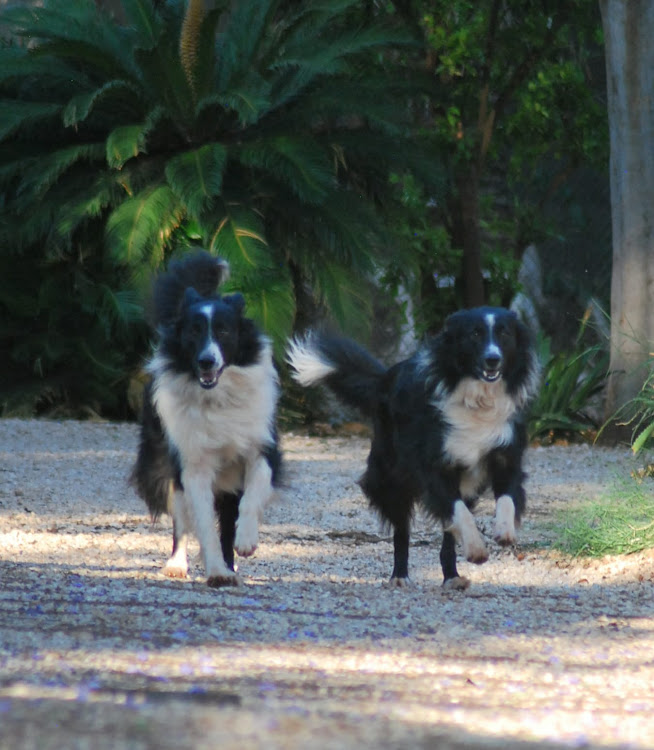 Harms took a flight from Helsinki to Frankfurt and back home. She describes the atmosphere in the aeroplane as electric.

“As soon as I got to Frankfurt I heard SA accents. It was so wonderful - our people are so kind and generous and wonderful.

“Without HAFH I would have fallen apart. Now I can start living again. I can't describe the pleasures of SA. I got so excited the first time I heard a hadeda. It rains every day in Finland but when it rained for the first time here I rushed out [to experience it] the smell is so beautiful. It's the little things you miss.”

Sox and Bootz are still with Harms' mother in Finland and her only wish now is to get them home as soon as possible.

Look! A 'coronasaurus' went shopping in the Western Cape - and customers loved it