WATCH | Socio-economic development lies at the core of the Gautrain Management Agency, where social investment programmes are delivering real impact in the communities that it services.

In the final episode of the four-part TimesLIVE Dialogue event, in partnership with the Gautrain Management Agency (GMA), CEO William Dachs discussed the contribution of the GMA towards social upliftment.

The previous three episodes focused on branding the Gautrain, the importance of environmental sustainability in business, and how smart mobility can transform the lives of people living in Gauteng and offer them greater economic upliftment.

The Gautrain is making a significant contribution to the province’s economy. At the core of the GMA lies socioeconomic development, with social investment programmes having an impact on the communities that the Gautrain serves.

Gautrain stations have been praised for being safe and clean. Dachs revealed that plans are being drawn up to turn stations into convenience centres with retail spaces and lifestyle services, creating more employment, while having a positive impact on society. 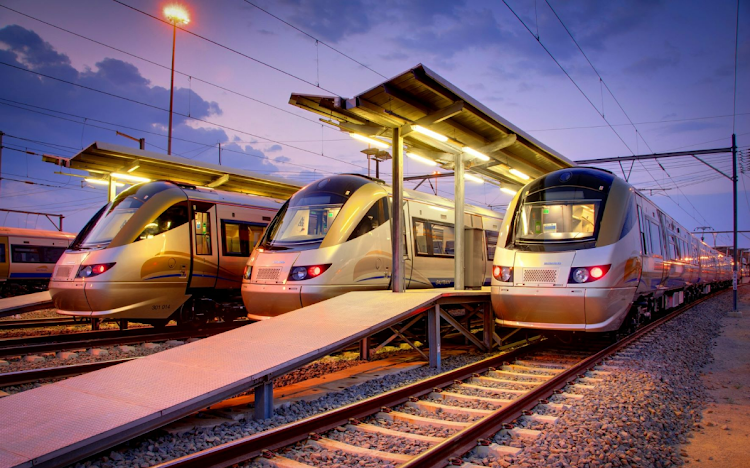 Diversification and creating more employment opportunities are among the primary targets for the Gautrain Management Agency.
Image: Supplied

Partnerships have been established with Gauteng taxi associations for the transport of commuters to and from the Gautrain stations, initially only at Marlboro and now also at Hatfield, Centurion and Rosebank. The taxis are branded with the Gautrain logo but operated by the taxi industry. A cashless system is being rolled out to collect fares, said Dachs.

The Gautrain’s social investment campaign was initially limited to offering support such as crèches to communities around the Gautrain stations. This was then expanded to education, with Stellenbosch University running science teaching programmes for schools in Gauteng, with great success. Its latest project, in partnership with Pikitup,  aims to convert open spaces around Gautrain stations into green areas for recreation.

The majority of commuters using the Gautrain are students and economically active workers. Dachs has a simple message for those who are not yet using the service: “Try the Gautrain. It’s a green choice, it’s safe and it’s on time.”

The GMA was recognised as a top employer in 2022 in recognition of its outstanding human resource strategies and people practices. Dachs conceded, however, that the organisation was continually looking at ways to improve its hiring and retention strategies.

This article was paid for by Gautrain.

WATCH | Gautrain at the forefront of contributing to the green economy