Phumzile van Damme & that 'self-defence' punch: what you need to know 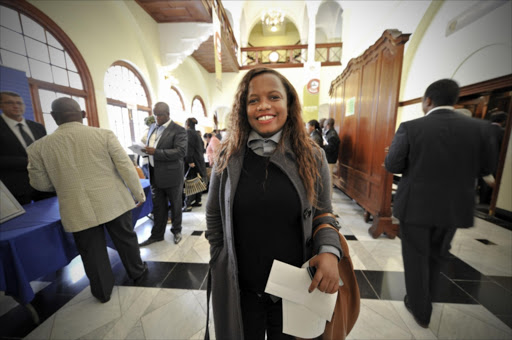 DA MP Phumzile van Damme said she was forced to punch a man 'in self-defence' in an alleged race row at the V&A Waterfront.
Image: Gallo Images

DA shadow minister of communications Phumzile van Damme is at the centre of Twitter conversations following an alleged racism altercation at the V&A Waterfront in Cape Town on Tuesday.

Van Damme on Tuesday took to Twitter to vent about the inaction of the V&A Waterfront management regarding the alleged racist encounter she had with a young white man after she claims he said 'Voet##k you black" to her during an altercation between her and the man's family.

Van Damme also admitted to punching the man in the head, saying she did this in "self-defence."

The video she shared on Twitter shows a conversation between her and the centre manager, who can be heard saying he is "trying to be reasonable" after van Damme asks him why he let the man go.

Management of @VandAWaterfront if you’re going to allow racism & racists on your premisis, please announce it to all. I will not stand for anyone’s racism towards me or anyone. And don’t send me some PR clichéd response either, ACTION pic.twitter.com/YIriYXUKQW

On Tuesday afternoon, the centre issued an apology via its Twitter account in which it  admitted to having mishandled the incident.

"We are a neighbourhood of the City of Cape Town and are committed to giving all our visitors a pleasant experience and to treat them with respect," read part of the statement.

The Management of the V&A Waterfront unreservedly apologises to Ms @zilevandamme for the treatment she received in an interaction with our security manager who intervened during an unpleasant altercation she had with a family of visitors on our property earlier today.

Van Damme accepted the apology but said she would be opening a case with the police which would allow her access to the CCTV footage she had earlier requested in her personal capacity.

Thank you for your apology, I appreciate it. Please train your staff better and I am glad to see your commitment to banning anyone from your mall who exhibits racist behaivour. https://t.co/xggUgc8xlG

I requested CCTV footage from the CEO of the V&A and he informed me it can only be made available to SAPS in terms of the law. I will be laying charges tomorrow, I unfortunately do not know the names of the racist family but I hope @SAPoliceService will be able to track them down

The alleged racist incident has since provoked emotions of anger and sparked conversations on racism and inequality as scores of people continue to weigh in on the matter, calling for unity among South Africans.

Some have even called for a response from DA leader Mmusi Maimane.

After this I'm fully convinced that Cape town is a racist place . #vandamme

South Africans!!! we need to unite as a nation!!! Political parties gain power from us being divided!! when we come together we can make sa the greatest nation in the world!!! #vandamme

Your silence as leader of the DA and therefore also of #vandamme is deafening.

DA MP Phumzile van Damme punched a young man at the V&A Waterfront in Cape Town in an alleged racial incident on Tuesday.
Politics
2 years ago

The V&A Waterfront in Cape Town apologised on Tuesday evening to DA MP Phumzile van Damme following an incident earlier in the day where Van Damme ...
Politics
2 years ago

DA shadow cabinet: What you need to know

Here what you need to know about the DA's shadow cabinet.
Politics
2 years ago

Embattled DA leader Mmusi Maimane's grip on his party was strengthened this week when his preferred candidate for deputy chief whip in the ...
News
2 years ago