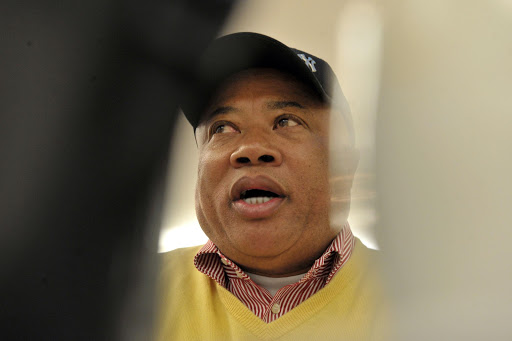 A “high-powered” ANC delegation is expected to arrive in Zimbabwe on Tuesday evening, but will meet only the ruling Zanu-PF.

The ANC delegation won’t meet the opposition or civil society, according to a statement by Zanu-PF acting secretary for information and publicity Patrick Chinamasa.

“Following inquiries from various quarters and our friends from the media in particular on the purpose of this meeting, Zanu-PF wishes to make it categorically clear that this is a meeting between Zanu-PF and the ANC delegation only,” the statement reads.

A fortnight ago Zanu-PF invited the ANC for a visit, in which the South African ruling party would meet Zanu-PF’s central decision-making body, the politburo.

Zanu-PF secretary for administration Obert Mpofu told journalists that the Ace Magashule-led team that included Lindiwe Zulu, the ANC international relations chair, and Tony Yengeni, the party’s peace and stability committee chair, would be welcomed in Zimbabwe because, “They are the ones with issues, so we will hear from them.”

Zanu-PF added that “the party-to-party meeting” comes against a “backdrop of false say of a nation in crisis”.

Upon learning that the opposition and civic society in Zimbabwe had been sidelined from the meeting, former DA opposition leader Mmusi Maimane tweeted that the mission was a waste of time.

Zimbabwe has since June seen an increase in abductions, torture and the arrests of civic society activists, politicians and journalists.

On Monday at a meeting of war veterans (of the liberation struggle) in Mutare, Zanu-PF political commissar Victor Matemadanda said abductions happened to those who opposed the regime.

“If you are a sell-out, and if you wake up and pursue your sell-out activities while people are sleeping, you will disappear without anyone touching you. This country will deal with you mysteriously. This country is a mystery — you just can’t do as you please,” he warned.

EU will not waste taxpayer money in Zimbabwe, where poor financial controls & lack of reform endure

The EU will not reinstate direct budgetary support to Zimbabwe because of the country’s opaque public financial management systems.
News
1 year ago

White farmers with foreign passports can apply to get back land, Zimbabwe announces