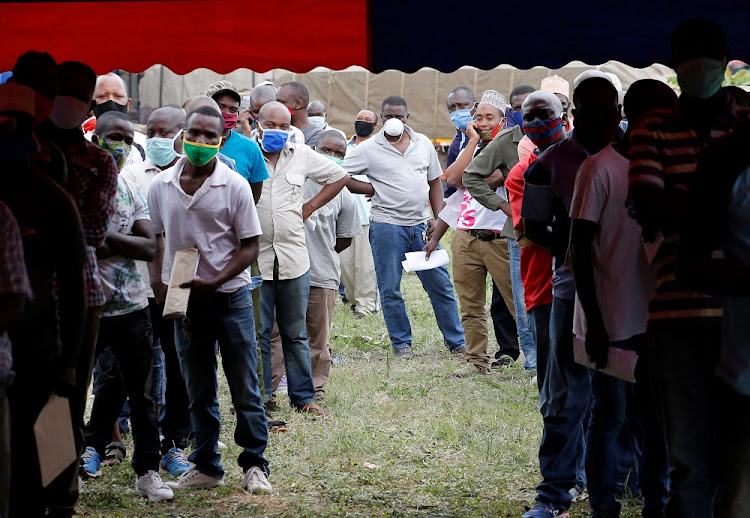 On Tuesday, Serum said it would continue to scale up its production of AstraZeneca's vaccine and restart exports by the end of the year.
Image: REUTERS/Thomas Mukoya/ File photo

Kenya's health ministry said it is in talks with vaccine manufacturers such as Johnson and Johnson as it seeks alternatives to the AstraZeneca Covid-19 shot after shipment delays of the drug from India.

"AstraZeneca Vaccine is unlikely to remain the vaccine of choice in Africa because of the delays in shipments currently being experienced from India," Kenya's health ministry said on Twitter, attributing the comments to health minister Mutahi Kagwe.

On Tuesday, Serum said it would continue to scale up its production of AstraZeneca's vaccine and restart exports by the end of the year.

At a press briefing Thursday, Matshidiso Moeti, World Health Organisation Africa head, said that Covid-19 vaccine shipments to African countries have slowed down to a trickle in May because of the situation in India.

"The continent was expecting 66 million doses through COVAX from February to May, but instead has so far received only 18.2 million," she said.

Fewer than 2% of Africans had received a dose, Moeti said, compared with 80% in some richer countries.

"As people living in richer countries can hit the reset button this summer and their lives will return to a semblance of normal, in Africa our lives will continue to be on hold," she said.

A variant of Covid-19 first diagnosed in India has been detected in Kenya, the health ministry said on Wednesday, days after the same variant was ...
News
8 months ago

In the past month, the infection rate in Africa has dropped on average by 9%, but is on the up in south and central regions
Africa
8 months ago

But the continent is lagging behind, with less than 2% of Covid-19 vaccines administered globally to date being in Africa
Africa
9 months ago