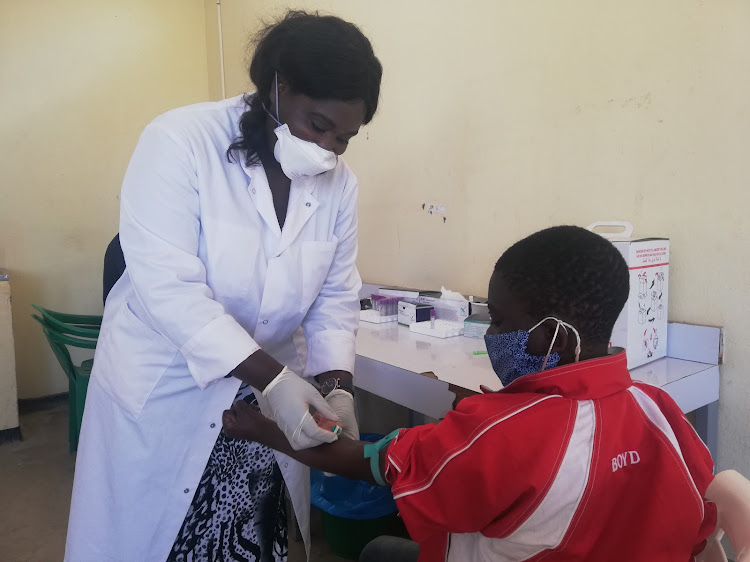 A 13-year-old Malawian boy, Saidi, has his blood drawn by lab technician Tambu Dzai at a rural clinic in Chiradzulu district outside Blantyre.
Image: Sipokazi Fokazi

For many school-going children weekends are a perfect time to retreat at home with family, but this is not the case for a 13-year-old Malawian boy.

Every Saturday Saidi, (surname withheld to protect his identity) who has been living with HIV since birth, tracks more than 10km to the nearest clinic, Namitambo Health Centre in Chiradzulu outside Blantyre, to join about 80 of his peers, who are part of a teens club for HIV-positive adolescents.

“It takes me a total of five hours to walk to and back from the clinic, but I don’t mind as it helps me manage the HIV in my body better and consistently. I consider the club as part of my extended family. It gives me a sense of belonging. It’s not always about the treatment, but I learn a lot about the virus and other life issues in a fun environment where I feel accepted and not judged,” he says.

The teen club, run by Medécins Sans Frontières (Doctors Without Borders) in Chiradzulu district in Malawi, offers a safe space where younger patients have access to HIV care and follow-up, laboratory testing and psychological support. Here they can share experiences  with their peers, some of whom have taken the role of mentors for the group.

The African country has one of the highest HIV prevalence rates in the world: roughly one in 10 people in Malawi is positive for the virus. For more than 20 years, MSF has worked in Chiradzulu district to provide HIV care in an area where access to effective treatment and efficient testing is a challenge.

Dr Rachel Kamba, one of the doctors treating HIV in that district and MSF’s medical activity manager, said most children in the club were enrolled as part of the programme since they were babies, during the time when the mother-to-child transmission rate of HIV was still very high in Malawi.

She said children and teenagers living with HIV, such as Saidi, are particularly vulnerable to stigmatisation and the psychological burden of the disease often resulted in them struggling to follow antiretroviral treatment. 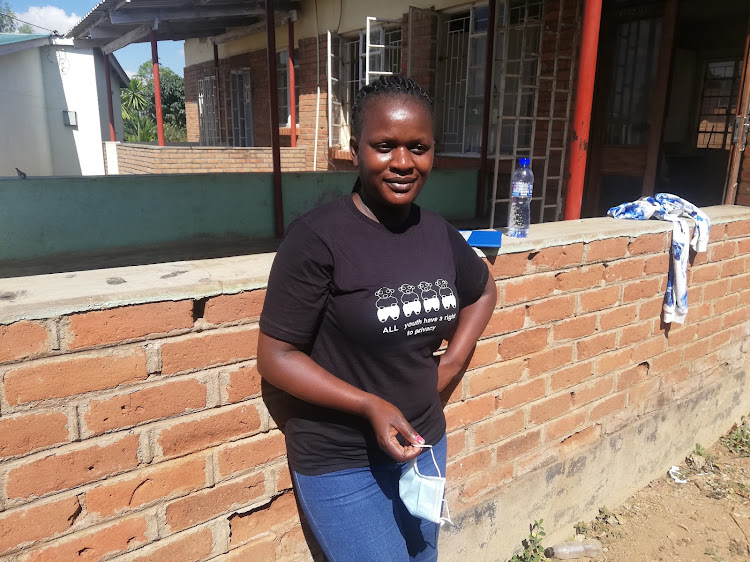 While HIV-positive adults also faced stigma, Kamba said children faced “specific challenges of their own and need extra attention and care”. At the teen club, which has enrolled youth aged 10 to 19, they are not only followed up clinically, but also go through interactive education workshops on how to take charge of their own health, nutrition and engage in counselling, including play therapy.

“The programme is mainly meant for children, but it also accommodates their caregivers. It’s not enough to only focus on kids, but we also need to empower their parents and caregivers, as everything they get here has to be applied at home. It’s important to get everyone involved. We teach these children about different topics such as puberty and different gender roles.

“Culturally, the responsibility of raising family and administering medicines to children mostly falls on women. So by getting everyone involved we make fathers to be involved too, and teach them that it is their role to care for their children and make sure that they adhere to treatment too, so that what they learn from the clinic can be applied at home with understanding.”

"If you give patients support, even clinically, they improve, and that is what we are starting to see with this family.”
News
7 months ago

For Saidi, who found out about his HIV status at the age of 10, the journey with HIV has not been an easy one. Last year he contracted meningitis after he defaulted on his antiretroviral medication. “I skipped my doses as it was difficult for me to take medicines while my friends are not. But after I got ill I now know the importance of taking medication. Taking medication helps me feel like a child, as it keeps me healthy. It also gives me some kind of surety that one day I will also look after my mother, who is also very sick.”

On the other hand, in SA an HIV prophylaxis (PrEP) rollout among young women is preventing many from contracting HIV. Tina Mndende, 23, from Khayelitsha in Cape Town, is one of the young adults who is doing everything in her power not to get HIV. From the age of 19 she started her journey with PrEP by joining the MSF’s “PrEP Divas” programme at Site C Youth Clinic in Khayelitsha, which encourages young women to take control of their sexual health.

Mndende, who is part of about 200 sexually active HIV-negative women, aged 18 to 20 who took part in the pilot study, which is aimed to evaluate the feasibility of providing PrEP to young women in a primary healthcare clinic in conjunction with their contraception, says as a young person, taking PrEP hasn’t been an easy journey. 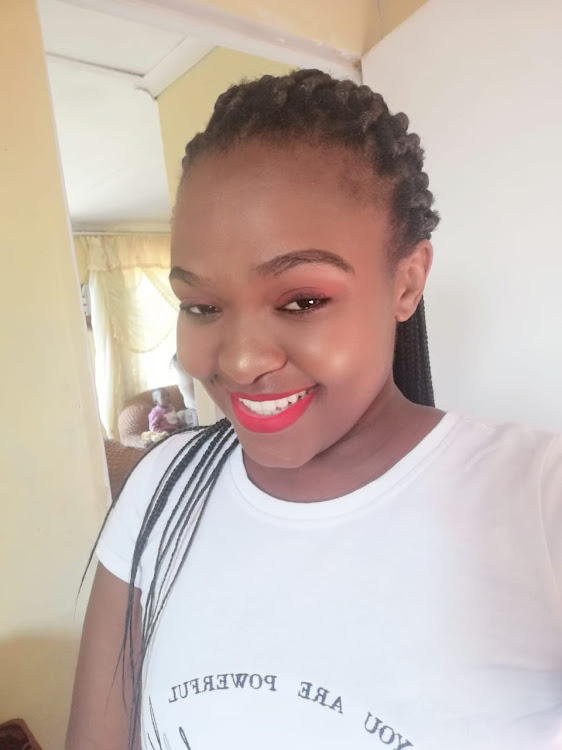 “It’ been tough and I’ve experienced a lot of stigma too, particularly from friends who thought that I’m HIV positive just because I am taking an ARV drug on a daily basis. Taking PrEP also created a lot of friction between myself and my boyfriend who initially didn’t understand why I was taking an ARV when I’m HIV-negative. It took a lot of convincing and explaining to get him to finally understand.”

Mndende said seeing three members of her own family living with HIV and getting sick at times inspired her to continue taking PrEP.

“As a young person I love to go out to parties, but I also understand that my lifestyle also carries some level of sexual risk. That is why I’ve taken a decision that I will not listen to what friends are telling me about PrEP. I’ve seen how devastating HIV can be in my own family, and that is why I’m taking PrEP and decided to shut out all the noise from friends who are critical of it. By taking the ARV drug I’ve chosen life,” she said.

Sipokazi Fokazi visited Malawi recently as a guest of MSF.

But while we fight Covid-19, we should not drop the ball on HIV and tuberculosis, she cautions
News
7 months ago

Immigrants’ kids likely worse off than their SA counterparts: study

However, no major disparities were found when it came to access to health care
News
9 months ago