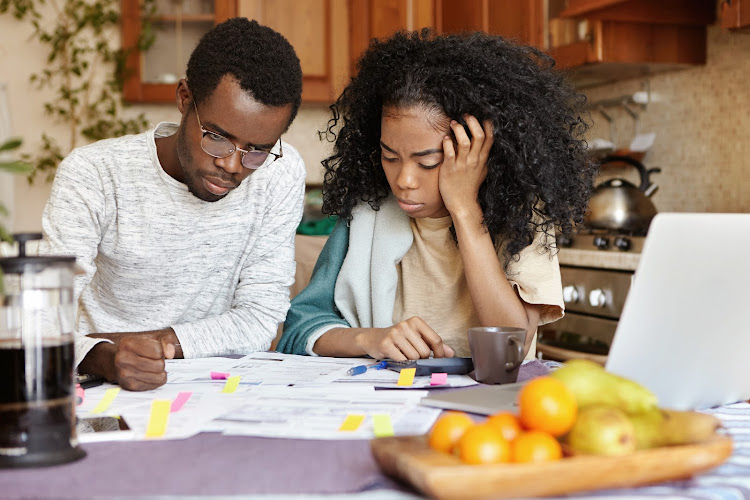 The Prescription Act is intended to protect consumers from being hounded to pay old, inflated debts.
Image: Supplied/DCGSA

Your debt is considered to be prescribed if, in the previous three years, you have not made any payment towards settling it, acknowledged owing the money in any way or been summonsed for it.

This excludes home loans, debt arising as a result of a judgment and state-related debt, including traffic fines and TV licences — these only prescribe in 30 years.

That’s according to the Prescription Act, which was intended to protect consumers from being hounded to pay old, inflated debts.

It’s right and fair to pay debts to your credit providers, but when a debt has been written off by the company and bought for a song by a collector, who has inflated it with interest and costs and demands payment for their own account, that’s a different story.

What do people newly under debt review find hardest to do without?
News
2 years ago

Seven years ago the National Credit Act was amended to state that no person could sell, collect or reactivate a debt which had been “extinguished” by the Prescription Act or “where the defence of prescription is raised or would have reasonably been raised had the consumer been aware of such a defence”.

This applies only to credit agreement-related debt — car loans, credit card accounts, store accounts and the like — which account for most debts in SA.

Debt collectors who trade these old, prescribed debts are known to make their targets “aware” of their prescription defence by including in their correspondence a link to the Prescription Act or some other vague reference to prescription. I’m not sure that properly ticks the “making the consumer aware” box.

So here’s what you need to know: if you are contacted by a debt collector about a debt which you have not made payment on for more than three years, or acknowledged it, or been summonsed for it, it is considered to be prescribed and you are not liable to pay it. So simply say the “alleged debt” has prescribed and you will not be making payment.

Do not be tricked into acknowledging the debt by getting into a discussion about it in any way, such as: “If you won the Lotto, would you pay this debt?”

Do not ask for a settlement balance or promise to pay at some later date as both those are considered to be acknowledgments of the debt.

All you need to say is: “The alleged debt has prescribed.” And ask for an e-mail address so that you can state your defence in writing and have a record of it.

Buying on auction? Here’s what you need to know

Dave e-mailed this week, having seen something he found surprising on the auction and trading platform bidorbuy while browsing for a laptop.

“There is a notice advising that the transaction is not protected by the Consumer Protection Act because it’s being sold on auction,” he wrote. “I'm not going to bid because of this, but are you really not protected if the item is bought on auction?”

Yes, that’s true. So while there are great bargains to be had if you buy goods on auction, it’s essentially a voetstoets deal — no warranties whatsoever.

It’s the same story with private sales. You have to know your way around a product if you’re going to buy it without a safety net.

Here’s when telemarketers can and can’t call you

“I got a phone call at 9pm on a weekday from a major retailer wanting to sell me data,” a reader wanted to know. “Is that prohibited by the Consumer Protection Act?”

Yes it is. Telemarketers — in other words people calling you on behalf of companies wanting to sell you something — can only call you, legally, at the following times:

No calls allowed on Sundays or public holidays. That retailer should know better.

Visa facilitation centres have not yet ramped up their operations sufficiently to accommodate the increase in bookings to European destinations in ...
News
1 month ago

WENDY KNOWLER | Vishing expedition: it’s getting harder to tell fact from the fraudsters

If your bank calls to tell you fraudsters are targeting your account, there’s a 90% chance the caller is the fraudster
Opinion & Analysis
1 month ago

A supermarket bakery filled hot dog rolls with artificial cream, topped them with colourful sprinkles and called them doughnuts. No, it’s not an ...
News
1 month ago