Cyberpunk 2077 is hosting a special event next month 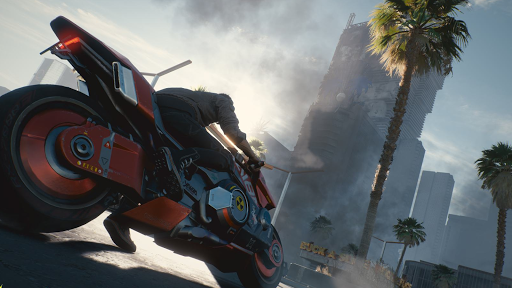 With E3 cancelled, CD Projekt Red has something else in the works for fans desperate to get some Cyberpunk 2077 jacked up in their neuralware ahead of the game’s September launch.

What exactly is it? Dunno. According to the game’s TwitterBot 9000, it’s dubbed “Night City Wire”, and I’m guessing that the TV emoji implies some kind of livestream. I’m also guessing that it’s going to feature Keanu Reeves — not necessarily because I think it actually is, but because if it does, I’ll look like I know what I’m talking about and everybody will be super impressed.

And maybe we’ll get some “exposure to death corpse” for extra hype.

Cyberpunk 2077 launches on 17 September on PC, Xbox One, and PS4. And also Google Stadia, but is that even a thing.

Out now in early access on the Epic Games Store with a 2021 launch scheduled on Steam, Industries of Titan mixes construction and questionable ...
News
1 year ago

Microsoft has confirmed that Rockstar’s cowboy-’em-up is launching its subscription service next month.
News
1 year ago

The Logitech Pro series was first introduced in 2018 and last year the company updated the model with a new look and an awesome new technology ...
News
1 year ago