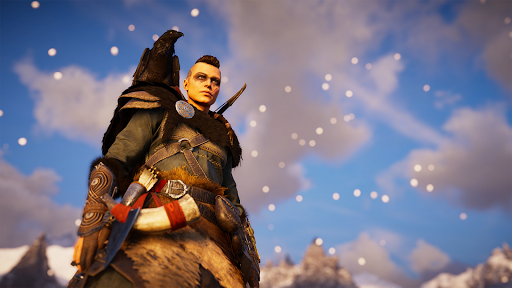 England, 873. Church bells wail over a bloodied shore, unheard or unheeded by the god of the Saxons, as blue-eyed drengir count the coins looted from the tithing box. It is enough, for now. Until we want to build a smithy or a shop, anyway, or something ornamental to pretty up the garden back home. A gnome, maybe. But in the garden. A garden gnome. We invented gnomes, so must’ve invented those too. We also invented combs, you know, and who could blame the Mercian ladies for dumping their gross unwashed troll-husbands for one of us, brushed and elegant as Freyja’s cats? We’re remembered for murder and rape and most of the days of the week, but we introduced you Christians to basic hygiene. You’re welcome.

Like previous games in the series, Assassin’s Creed Valhalla has some actual, for reals historical context, with viking expansion into the British isles already tenuously established by the events of this one. Viking expansion and almost every other ethno-cultural expansion, I mean, because by the end of the 700s, the local population was a diversity of Saxons, Celts, Picts, whatever the French were, and probably some disinherited bastard great-great-great-grandkids of the Roman Empire. There’s a Chinese woman in the game, and that’s not even some absurdly contrived liberal space lizard agenda. Medieval England was one big metro visa application centre, yo.

Reprising one of Assassin’s Creed Odyssey’s most innovative features, you can choose to be male or female in Assassin’s Creed Valhalla. But this time with a bonus, even more innovative feature – you can swap between Eivor and, uh, Eivor, whenever you want, because Eivor and Eivor are the same person. Back in July, Ubisoft explained that this gender-bender is “a mystery that will slowly unravel”, and, by Loki, so it does. I won’t spoil it for you, but “solving” this involves a totally unique narrative excursion that, at 20 hours or so into the game, mixes things up a lot. 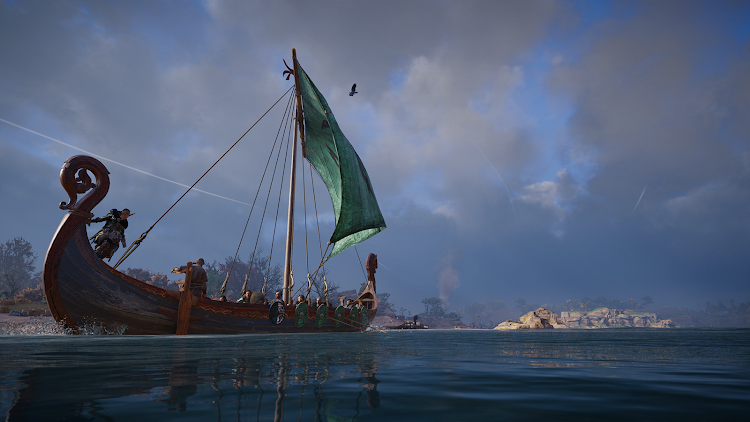 What makes Assassin’s Creed Valhalla compelling is its campaign, which feels much less separate from the sandbox than its predecessors.
Image: Supplied

Besides this, however, Assassin’s Creed Valhalla is very much more of the same. Whatever your skill unlocks – which, like your gender, you can reconfigure whenever you want so that’s fun – you’re England’s new thegn-for-hire, no job too inconsequential because XP and cash. Complex political diplomacy? Awkward Abstergo Industries continuity obligations? [REDACTED BECAUSE I PROMISED I WASN’T GOING TO SPOIL IT]? Lemme grease my axe.

Don’t get me wrong, though, because more of the same isn’t necessarily a bad thing. Now over a decade since the series’ debut in 2007, Assassin’s Creed has defined its idiosyncratic genre space – open world exploration and vertical traversal, bureaucratic intrigue, stabbing people – with mostly subtle mechanical differences and improvements from one to the next, and since 2017’s Assassin’s Creed Origins, an increasing focus on RPG elements. But an Assassin’s Creed game is an Assassin’s Creed game, and Assassin’s Creed Valhalla is no exception, up to and including the kind of clumsy controls and bleak romantic prospects. Manage your expectations accordingly.

What makes Assassin’s Creed Valhalla compelling is its campaign, which feels much less separate from the sandbox than its predecessors. The plot isn’t over-complicated with contrived diversions, and most random encounters and events work like subtext, building as much on the story as the game’s ambient scenery to create an ever-evolving backdrop to the drama. It’s like the world breathes in time with every major objective, if that makes sense, and if I was momentarily distracted from my immediate purpose, it was seldom without some meaningful consequence. 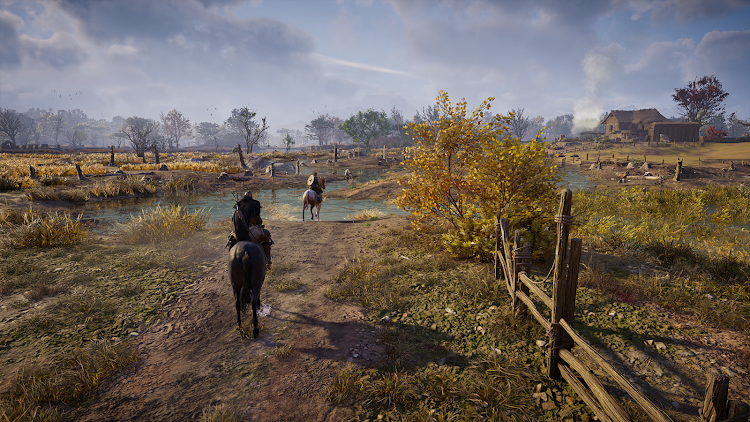 I must’ve taken, like, a million screenshots with the in-game photo mode, and deciding which ones to use in this review was almost impossible.
Image: Supplied

And Assassin’s Creed Valhalla is gorgeous. Even on my Xbox One X, the game’s visuals are consistently astonishing, an aesthetic extravagance of colour and meticulous composition that’s got me super hyped for my next-gen console (tomorrow, squeeeee!). I must’ve taken, like, a million screenshots with the in-game photo mode, and deciding which ones to use in this review was almost impossible.

BOTTOM LINE
I'm biased because I'm a total sucker for vikings, but this is an absolutely amazing game that fans of the series and Assassin's Creed noobs will love, and a mandatory purchase for next-gen razzle-dazzle.

The quintessential Ubisoft experience, for better or worse. Watch Dogs fits perfectly into this paradigm. We get London-but-near-future-police-state, ...
News
1 year ago

Destiny 2: Beyond Light Stasis subclasses are designed to “get back to the feeling of Destiny 1”

Change is in the air for Destiny 2. For years players have fought back against the Darkness, an all-encompassing force of malevolence that allegedly ...
News
1 year ago

Game Review | Noita - pixel me this!

There’s something to be said about the unadulterated fun that chaos brings. I’m talking about the kind of chaos that’s impossible to predict, the ...
News
1 year ago