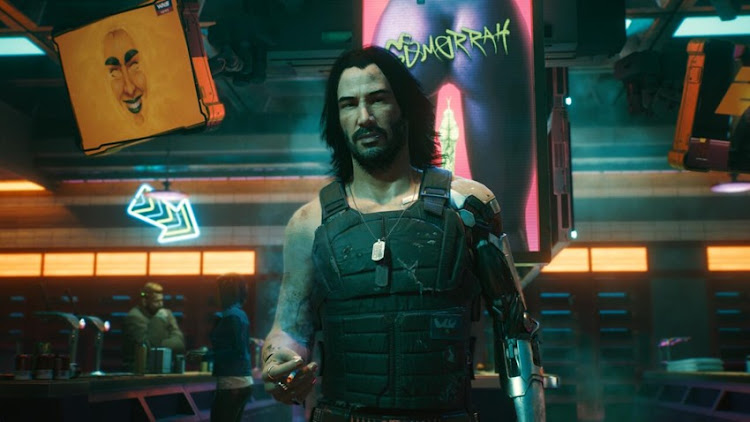 Cyberpunk 2077 arrived in December last year and was lambasted for being a godawful mess on PlayStation 4 and Xbox One. Riddled with more bugs than an entomology convention
Image: Supplied

Hot take: Even when it is eventually patched to a state where it runs like a dream, doesn’t have an Uber-AI constantly pestering you to go look for its stolen cars, Cyberpunk 2077 is an okay game at best. Does it have plenty to do, memorable characters, and intriguing paths in which to customise your character? Absolutely! Is it an overstuffed mess of bad visual design and too many ideas being thrown at your non-cyber face all at once on top of well-worn gameplay ideas? Yeah, it pretty much is.

With all hands on deck currently to fix the current mess that CDPR’s leadership pushed out, the big boss of the studio is still optimistic that Cyberpunk 2077 will be a consistent seller for years to come. “I don’t see an option to shelve Cyberpunk 2077,” studio head head Adam Kicinski said to Reuters. “We are convinced that we can bring the game to such a state that we can be proud of it and therefore successfully sell it for years to come.”

As a quick reminder, Cyberpunk 2077 arrived in December last year and was lambasted for being a godawful mess on PlayStation 4 and Xbox One. Riddled with more bugs than an entomology convention, the game managed to do the impossible: Secure refunds for console gamers from the notoriously tight-fisted PlayStation Network, with Microsoft’s Xbox store quickly following in those same footsteps.

That response has seen some big changes at CDPR, specifically that the company won’t officially announce a new game project several years in advance and will show them off when they’re closer to being released. The company has also promised to show what a game will look like running on all platforms, as Cyberpunk 2077’s last salvo of marketing skipped out on showing just how Night City was populated by faceless blobs on base PS4 and Xbox One consoles.

Cyberpunk 2077’s multiplayer also looks to be a much longer ways off, as the studio buckles down on building more major patches for Cyberpunk 2077. The last one released a few weeks ago introduced a number of fixes and was dozens of gigglebytes in size, and yet there’s still a long way to go for one of the most disappointing and soul-crushing games of 2020.

If you purchase the Borderlands 3 Director’s Cut DLC you’ll get a new raid boss to get obliterated by, a murder mystery to solve, and some ...
News
4 weeks ago

Win a copy of Doom 3 VR Edition on PlayStation!

Doom 3 was scary in 2004, its legacy was cemented in a spiffy remaster a couple of years later, and chances are that it’ll be even more capable of ...
News
4 weeks ago

2021 marks the 25th anniversary of Tomb Raider, and what better way to celebrate than to look back at the past and make a quick buck off of it?
News
1 month ago
Next Article