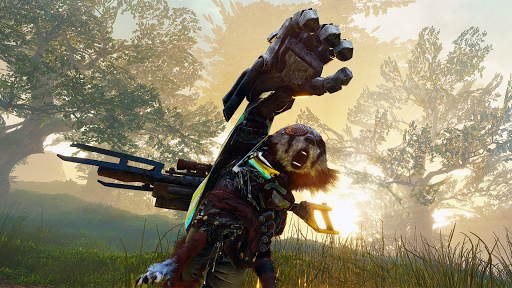 Ahead of the game’s launch this month, Experiment 101 has dropped three new videos showing “unedited” gameplay on PC, PS4 and Xbox One, and PS4 Pro and Xbox One X.

According to the press stuff, PC players can expect up to 4K resolution at 60FPS, depending on system specs, and 1080p on consoles, with 30FPS or 60FPS on PS4 and Xbox One, and PS4 Pro and Xbox One X respectively. Performance stats on PS5 and Xbox Series X/S aren’t confirmed for now, but I’m guessing those are more or less the same as the PC version.

This unedited gameplay footage has been captured on PC.

The video embedded up top is a PC demo, and the other two are available on YouTube – PS4/Xbox One and PS4 Pro/Xbox One X.

Biomutant is out on PC and consoles next week Tuesday, 25 May.

This week, there are a few Cash Cups for local gamers to compete in, alongside several other tournaments. Here's what you need to know about the ACGL ...
News
1 year ago

Sony has 25 new games in development, PS5 production to be ramped up

In interview with PlayStation Studios head and Guerrilla Games co-founder Hermen Hulst said that there are over 25 PS5 games in development, half of ...
News
1 year ago

Returnal, Housemarque’s latest video game, is a game about solitude and survival on an alien planet. With the odds stacked against her.
News
1 year ago

Sony has been quietly investing in more PS5 exclusives

PlayStation made a name for itself with first-party games in the 2010s, but what does the future hold for the brand?
News
1 year ago