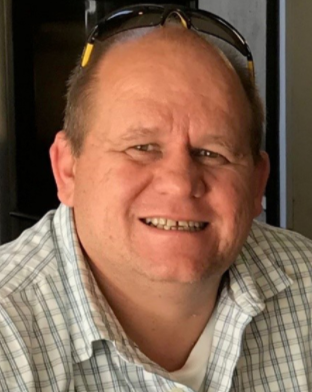 Prof Nico Smit has followed in the footsteps of Queen vocalist Freddie Mercury by having a type of isopod named after him.
Image: North West University

You could call Prof Nico Smit of North West University (NWU) something of a rock star.

He has been honoured by having a new species named after him.

Researchers from the Queensland Museum in Australia and the Prince of Songkhla University in Thailand named a new species of cirolanid isopod in his honour.

Smit is from the water research group in the NWU’s faculty of natural and agricultural sciences.

“The new species, Metacirolana nicosmiti, was discovered living on the coral reefs in Fiji and has unique diamond-shaped ornamentations on its head,” said NWU.

“In their species description published in the December 2021 issue of Marine Biology Research, Drs Bruce and Rodcharoen state that the name of the new species honours Prof Smit for his contribution to the knowledge of the Isopoda, primarily fish parasites, of Southern Africa. It also recognises his influence as a colleague and mentor to numerous young scientists.”

According to the university, Smit and his students have already described more than 36 new species of isopods from across the globe, including Hawaii, the Caribbean, Africa, Australia and India.

“This recognition puts Prof Smit alongside another person who excelled in what he did, namely the late lead vocalist of the rock band Queen, Freddie Mercury. He also has a cirolanid isopod named in his honour, the species Cirolana mercury,” said the institution.

Mining imperils mysterious deep-sea critters that could save the planet

DNA testing on seized ivory shipments that reveals family ties among African elephants killed for their tusks is helping to identify poaching areas ...
News
3 months ago