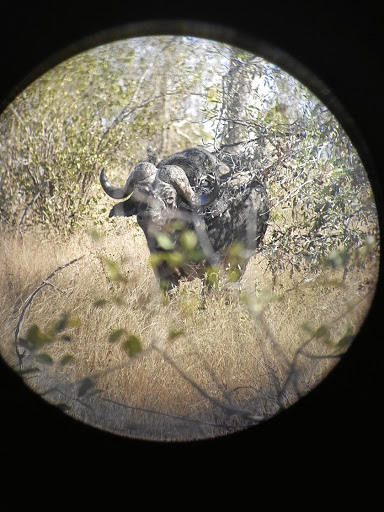 BULLS EYE A buffalo on a hunting farm near Hoedspruit, in Limpopo, where the Guptas' guests killed two buffalo valued at over R100,000 each.
Image: SUPPLIED

The Gupta family has known the soon-to-be owner of Tegeta Resources, Amin al-Zarooni, for some time - and went on a luxury hunting safari with him and a former high-ranking United Arab Emirates government official in Limpopo two years ago.

They spent a day in the Hoedspruit wilderness chasing down buffalo before retiring to the five-star Kapama Karula Game Lodge, which cost the Guptas a little over R140,000 for two nights.

They hired a professional hunting outfit to show them around.

Through leaked e-mails The Times has determined that the group shot two buffalo bulls with a price tag of R100,000 each. The buffalo ended up on a taxidermist's table. The hunter, when contacted, asked not to be named but confirmed that his son had taken the group out on a hunt and that they had stayed at Kapama Lodge.

Rajesh “Tony” Gupta’s verbal attack on guards at the family’s Saxonwold compound‚ in which he branded them “monkeys”‚ is being referred to the Human ...
Politics
4 years ago

Also in the e-mails is a long list of special requests sent through to the lodge, which included that they should remove all alcohol from the rooms and ensure that a "VIP service" would welcome the guests.

It is not known which of the Gupta brothers went on the trip, but Tony and Atul Gupta are both CCed on the e-mails. Gupta-owned Oakbay Investments announced on Tuesday that it was selling its shares in Tegeta for R2.9-billion to Charles King SA, a "special purposes" company registered in Switzerland. They cited the owner of Charles King as Amin al-Zarooni, whom they described as a "leading UAE businessman".

Al-Zarooni was not the Guptas' only guest on the hunting trip. Also present was General Atiq Juma ali-Darwish bin-Darwish, a former director of military co-ordination in the office of the UAE defence minister.

Darwish makes an appearance in leaked diplomatic cables published by Wikileaks in which leadership succession in Iraq in 2005 is discussed.