Manyi is no mogul, just a puppet on a Gupta string 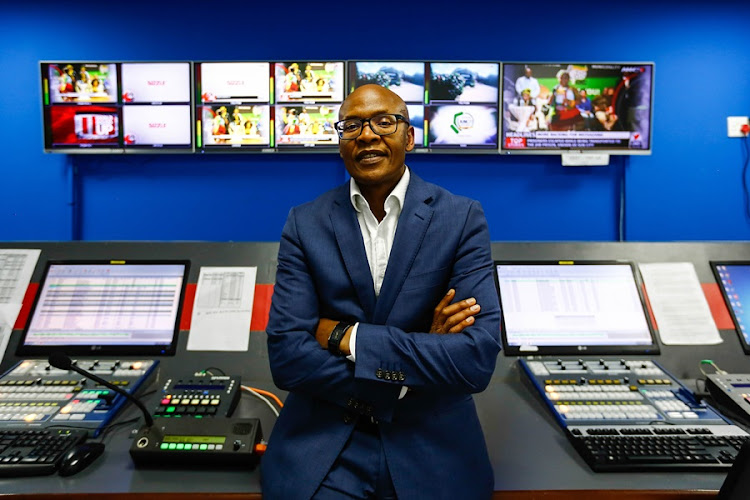 Former government spin-doctor Mzwanele "Jimmy" Manyi is more beholden to the Guptas than any other politician.
Image: Moeletsi Mabe/Sunday Times

The dodgy sale this week of the Guptas' media companies to Lodidox, owned by Mzwanele Manyi, made me think of my days working for the Guptas when Manyi was my colleague.

In 2013, Manyi - who still went as Jimmy - sat in a room that was a construction site with walls covered in black sheets. He was interviewing the then ANC spokesman Jackson Mthembu for ANN7.

I recall observing Manyi from the control room as he tried to be firm and strong, asking tough questions on corruption. He seldom prepped for interviews, didn't care about post-production and left quickly after his interview.

When Manyi's show was cut from ANN7 soon after it aired, I had no idea that he would come back to own the station. But when I look back, things fall into place and start making sense.

Well, this is what happens when you have been a loyal foot soldier in a state-capture project for more than four years.

The Guptas never explained why they cut Manyi's show, but one would guess that it was too terrible, even for a channel with no apparent quality standards.

Despite this, Manyi was indebted to the Guptas for taking him out of the oblivion that he plunged into for a year after he was removed as head of the Government Communication and Information System. When he left as cabinet spokesman, he didn't have many friends; ministers complained about his inefficiency.

He lay low for a while, trying for a job as the director-general of the Transport Department with no luck. Then he landed a job at Rand Water - lucrative but hardly influential.

It was his brokering of access to high-profile politicians with the Guptas that helped him claw back some influence.

Manyi was indebted to the Guptas for taking him out of the oblivion that he plunged into after he was removed as head of the GCIS.

At the time, the family were still in state-capture kindergarten - making some money from some departments, currying favour from the odd politician and using their media establishment to widen their network of influence beyond the president and his family.

Manyi, like Essop Pahad before him, made introductions and was often the social buffer in awkward conversations between the Gupta brothers and ANC politicians, who found it difficult to converse at times. But in time, as the Guptas' influence soared thanks to networks including Ace Magashule and others, he became redundant.

That's why in May 2014, Manyi tried to cash in on the Guptas' influence by sending his CV to a Gupta associate after a conversation with one of the Gupta brothers, Tony. He wanted a job on the Eskom or Transnet board at a time when the Guptas were carefully selecting proxies for the board. Much like his talkshow-host career, nothing came out of it.

Manyi again became useful to the Guptas in May 2016 when he joined a delegation of ministers to a meeting with Nedbank - as an adviser to communications minister Faith Muthambi - in an effort to strong-arm the banks to reopen the Guptas' accounts after these were flagged for alleged money laundering. Perhaps it was better to send their own guy to report back to them, instead of relying on their allied ministers.

While the intervention was unsuccessful, by the next month the Guptas had found another gap for their proxy: as director-general of the Department of Mineral Resources.

They had installed their own guy, Mosebenzi Zwane, as minister and their associates as his advisers, but it seemed they needed their own man to head the administrative side. We learnt this year that it was his lack of suitable qualifications that stopped him from getting the job.

Mzwanele Manyi would have us all believe that his acquisition of The New Age newspaper and ANN7 television station from the Guptas is a great victory ...
Opinion & Analysis
4 years ago

Enter the Decolonisation Foundation, which served as a front to further the Guptas' "anti-white monopoly capital" narrative devised by UK public relations firm Bell Pottinger as part of its propaganda campaign against mounting evidence of state capture.

With the Decolonisation Foundation, Manyi successfully created noise around the Guptas' foes, but it lost momentum when the Guptas again deployed their man elsewhere, to the Black Business Council. That, too, was unsuccessful and Manyi was forced to resign.

Manyi is more beholden to the Guptas than any other politician. He has been reliable and unrelenting in pursuing their instructions, so making him the front of ANN7 and New Age is a continuation of that.

The sale of ANN7 and The New Age is not a move towards media transformation. It is the puppeteers giving their puppet a poisoned chalice.

• Hunter is a political correspondent. Peter Bruce is on leave

TimesLIVE has sent a legal letter demanding that Gupta ally Mzwanele Manyi provide information on the identities of shareholders in Lodidox.
News
4 years ago

Mzwanele "Jimmy" Manyi was laughed at during his first meeting with employees of ANN7 and The New Age on Thursday.
News
4 years ago