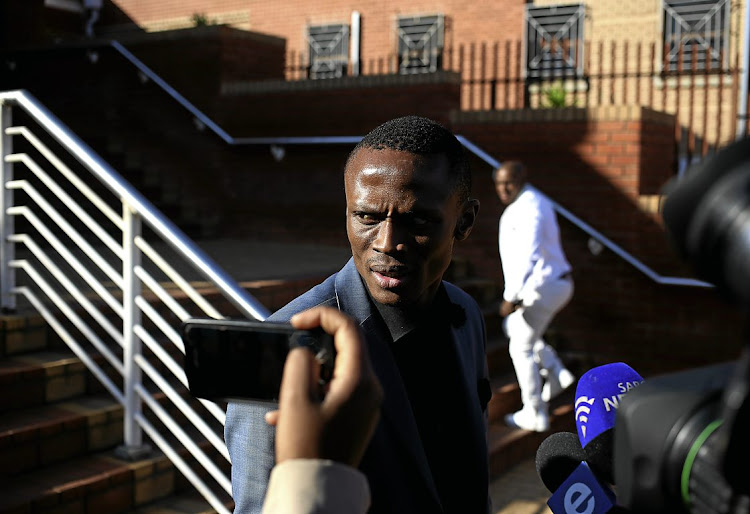 Prosecutors at the Randburg Magistrate's Court on Tuesday announced that they would no longer prosecute Nkosinathi Msimango. File photo.
Image: ALON SKUY

Prosecutors have dropped charges against a man arrested in connection with a burglary at the offices of the Chief Justice.

Prosecutors at the Randburg Magistrate's Court on Tuesday announced that they would no longer prosecute Nkosinathi Msimango.

Msimango's lawyer‚ Sammy Mahlangu‚ told TimesLIVE on Wednesday that the South Gauteng Deputy Director for Public Prosecutions had written to the court's prosecutor to inform him that there would be no prosecution of Msimango.

"This letter and opinion was written after he reviewed the docket. We are delighted by this. From the beginning‚ when Phahlane named my client as a suspect‚ we said this matter was a joke‚" Mahlangu said.

"We are now contemplating taking action against the state."

In March former acting police chief‚ Lieutenant-General Khomotso Phahlane‚ publicly announced that Msimango was a man of "critical" importance to the police's investigation into the burglary.

Burglars who broke into the Pretoria offices of the National Prosecuting Authority during the early hours of Monday morning stole laptops and hard ...
News
4 years ago

Msimango was named shortly after two other Pretoria men‚ Given Msimango and BigBoy Yose‚ were arrested for being in possession of stolen property‚ falsified identity documents and unlicensed firearms.

Only Nkosinathi Msimango was charged with the burglary.

Mahlangu said Given Msimango and Yose would appear in the Pretoria Magistrate's Court on Wednesday for a trial date to be set for the charges they face.

Fifteen computers were stolen from the offices of the Chief Justice in Midrand. The computers contained sensitive human resources information‚ including personal details of judges based across the country.

Shortly after being named as wanted in connection with the investigation‚ Msimango handed himself over to Pretoria police.

It is not known if any of the stolen computers have ever been recovered.

Nathi Ncube‚ spokesman for the Office of the Chief Justice‚ said the police had not told them of any developments in the case.

Similarities between NPA and Hawks burglaries

Police and the National Prosecuting Authority have gone to ground over a burglary at the Pretoria offices of prosecutors.
News
4 years ago

The Pretoria offices of the Gauteng North Director of Public Prosecutions was burgled overnight‚ Eyewitness News reported on Monday. ...
News
4 years ago

Parliament's portfolio committee on police has summonsed the acting head of the Hawks‚ Lt-Gen Yolisa Matakata‚ to explain to MPs how a burglary could ...
Politics
4 years ago

Following reports of a break-in at the headquarters of the Hawks in Silverton‚ Pretoria‚ on Wednesday morning‚ we look at some of the break-ins and ...
News
5 years ago