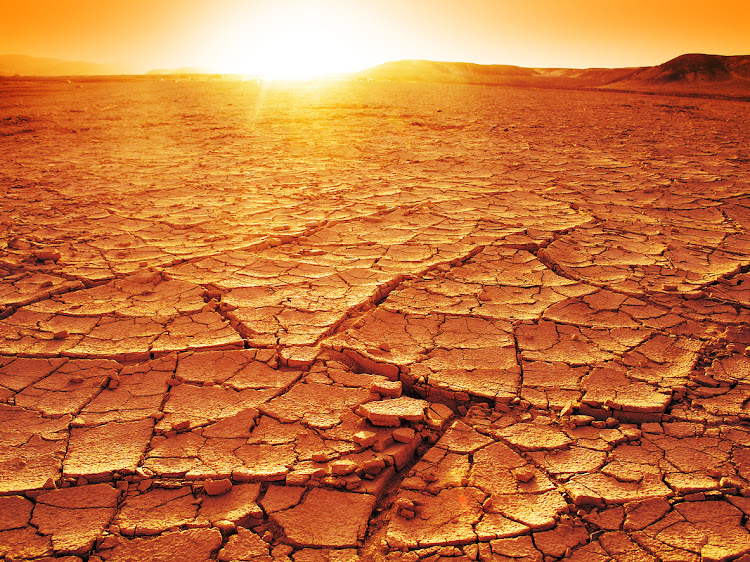 Don’t panic‚ together we’ve got the water crisis under control.

That was the message to Capetonians on Sunday from the water minister and officials of the city council with 74 days to Day Zero.

Speaking to the Cape Town Press Club‚ Water and Sanitation Minister Nomvula Mokonyane said the panic-buying of bottled water reminded her of the stockpiling before the first democratic elections in 1994‚ amid “swart gevaar”.

“Let’s not do that. It reflects mistrust against one another‚” she said at Kelvin Grove in Newlands.

At a briefing in Goodwood‚ the city council said its disaster operations centre would be activated on Monday‚ with safety and security director Richard Bosman permanently seconded as incident commander.

Deputy mayor Ian Neilson‚ mayoral committee member for safety and security JP Smith and Bosman said the centre would manage 200 collection points and disaster officials had been consulting international experts since early last year about how to distribute water in a crisis.

Said Smith: “It is not necessary to stockpile water‚ water will be readily available. At this stage‚ every bit of stockpiling brings us closer to a Day Zero scenario. Residents who are stockpiling are inadvertently driving a Day Zero outcome. If we are frugal you will be able to collect water from your taps throughout this year and next year.”

Both briefings were striking for their lack of finger-pointing following a week of political bickering in which Western Cape premier Helen Zille was prominent. Zille was at Mokonyane’s briefing but made only brief remarks during a question and answer session‚ telling the minister: “We cannot do this without extra money.”

Mokonyane said it was not correct that no money would be available‚ and there were numerous collaborations between the three tiers of government on how to tackle the crisis.

“We will give support and agree on finances based on all of us agreeing on the priorities‚” she said. “We will do everything we can to collaborate and optimise resources‚ all in the best interests of end users of water.

“But Day Zero is avoidable if we each do the little we are asked to do to save water. Our enemy is failure to manage water and that is what we must tackle together.”

Mokonyane said she refused to utter the words “African National Congress” or “Democratic Alliance” while addressing the drought.

“Fellow South Africans living in Cape Town‚ we care about you‚” she said‚ adding that there had been “damn good” co-operation between her department and the city council when mayor Patricia de Lille was in charge of the drought crisis.

She said the need now was for “one message‚ many voices” across all spheres of government. “That will take us far.”

Yes you can – brush teeth‚ shower‚ shave‚ wash and condition your hair with five litres of water and use what’s left to flush the toilet.
News
4 years ago

Officials at both briefings insisted Day Zero could still be avoided‚ despite De Lille’s statement 10 days earlier that the city was “past the point of no return”.

“Day Zero is avoidable if you deal with behavioural change and manage demand‚” said Mokonyane. “[It] can be avoided if we become positive and move beyond politics.”

Smith said: “If we see scrupulous savings‚ we see people meticulously conserving water‚ it is possible that we will be able to get through this period of drought and through the end of summer until our winter rainfall starts and until the first of the augmentation schemes start supplementing our water supply.

“If we get to a Day Zero scenario‚ I want to give you the confidence that we will handle it competently and efficiently and that nobody will be cut off from water.”

Again‚ both briefings were characterised by expressions of appreciation for the efforts that had already been made to save water.

Mokonyane commended Agri-SA for sending its leaders out with department enforcement teams to visit farmers‚ big water users such as Coca-Cola‚ Sasol and South African Breweries for their efforts to reduce consumption‚ the Western Cape Water Crisis Coalition for its activism and WWF and the Water Research Commission for their advice.

“These are all demonstrations of how partnerships can yield better results‚” she said‚ also praising the City of Cape Town for doing “everything within its ability” to deal with the crisis.

High and dry: Time for politicians to think out of the box

If the approach of Cape Town’s Day Zero continues on the trajectory it has maintained for the past two months, it will arrive around March 3. That’s ...
Ideas
4 years ago

In Goodwood‚ the city council team thanked the “many Capetonians” who had substantially reduced their water consumption‚ and said they had been “overwhelmed” by offers to help manage the Day Zero crisis.

“Thank you for your generosity and willingness to serve‚” they said.

Mokonyane said she would brief the ANC leadership on Monday about the drought‚ adding that party leader Cyril Ramaphosa had discussed the crisis with her and co-operative governance minister Des van Rooyen last week while he was at the World Economic Forum in Davos.

Since his return‚ Ramaphosa had also been in discussions with Agri-SA and Western Cape community safety MEC Dan Plato‚ she said.

Smith said areas which would be cut off if Day Zero arrived would be announced this week. “About 75% of Cape Town will be shut off‚” he said.

“High density and critical infrastructure‚ informal settlements which are effectively already water collection points because they have standpipes‚ and areas of significant commercial and industrial importance will remain connected.”

That was because “the alternative of deepening the crisis by also putting pressure on businesses which may end in people not earning salaries during that time would make the crisis so much worse”.

Great changes in SA, Angola and Zimbabwe look set to tackle years of rot and stagnation
Business Times
4 years ago