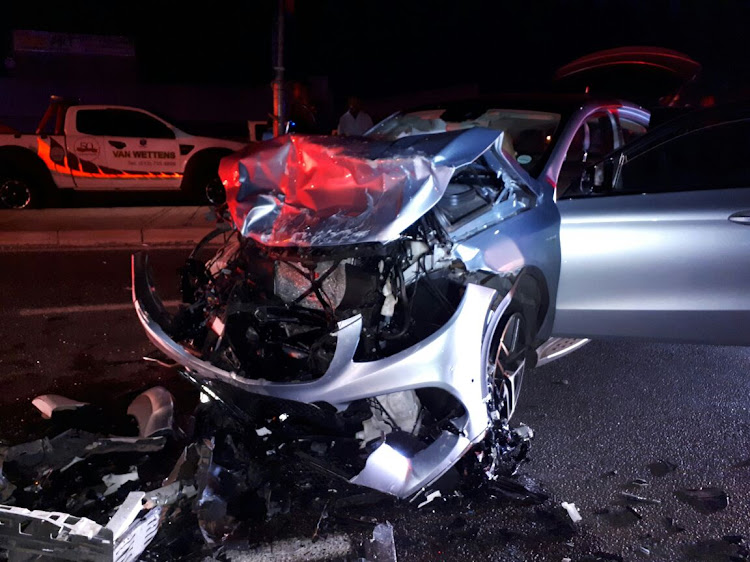 MEC of Agriculture, Vusi Shongwe was involved in a head-on collision along the notorious R40 road.
Image: Supplied

The Mpumalanga MEC for Agriculture‚ Rural Development‚ Land and Environmental Affairs‚ Vusi Shongwe‚ was involved in a car accident on the R40 towards Nelspruit in the early hours of Wednesday morning.

Community Safety spokesman‚ Joseph Mabuza‚ said Shongwe's vehicle crashed into a taxi just before 1am. He was the only person in the vehicle at the time.

"He was driving on the R40 towards Nelspruit and when he approached Mbombela‚ there came a taxi that headed on to his lane. It was coming from a filling station‚" said Mabuza.

Shongwe did not sustain serious injuries in the crash. He was taken to hospital and later discharged.

"The taxi driver was also the sole occupant of the vehicle. He said he was unfamiliar with the area and that is why he made the errors‚" said Mabuza.

The Randburg Magistrate’s Court will on Wednesday deliver judgment in the case against a man accused of causing the death of Top Billing presenter ...
News
4 years ago

The driver of a white Toyota Hilux which ploughed into two Johannesburg Metro Police Department officers at a manned roadblock – killing them ...
News
4 years ago

The death toll from a horror head-on collision on the N2 near Hibberdene on the KwaZulu-Natal south coast on Sunday night stands at eight.
News
4 years ago