Net closes in on 'ruthless killers' in Cape Town 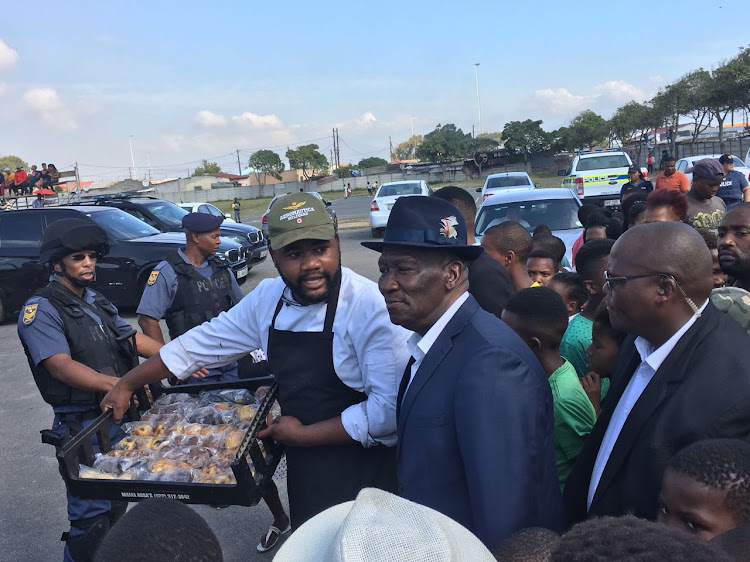 Two people have been arrested and detectives are in hot pursuit of a third for a shooting spree that sent shockwaves through Philippi in Cape Town.

Gunmen shot and killed four occupants sitting in a car‚ including two children aged 12 and 13‚ on April 3. A fifth person was critically injured.

“Our investigations into the ruthless killing of four people‚ including two children in Browns Farm last week‚ led to the apprehension of two suspects aged 27 and 34 over the weekend‚” said police spokesman Lieutenant-Colonel Andre Traut on Sunday.

“The third suspect‚ identified to have been part of the attack‚ is yet to be arrested‚ and detectives are in hot pursuit of him. The two suspects are scheduled to make a court appearance in Athlone on Monday morning to face four charges of murder and one of attempted murder.”

Police minister Bheki Cele visited the area to reassure residents as a father and brother struggled to come to terms with the brutal way in which he lost his loved ones in one evening.

Police are hopeful that a Randfontein man who was accidentally shot in the head by his eight-year-old granddaughter early on Tuesday morning will ...
News
4 years ago

Matwethu Gwadiso received a heartbreaking phone call on the evening of the shooting‚ telling him he needed to return home immediately. His son and brother were among the victims.

Holding back tears‚ Gwadiso told TimesLIVE that he was struggling to deal with the loss of his brother Sinethemba Gwadiso (29) and his son Yonela Sixiki (13).

“I saw them on Monday before going to Stellenbosch for work after spending Easter with the family. I briefly spoke with my son on Tuesday. I didn’t think it would be the last time that I would speak to him.”

Nyanga police station commander Brigadier Vuyisile Ncata said the eldest victim of the shooting incident‚ who was in the driver’s seat of the Toyota Avanza‚ was recently released from jail after a sentence relating to a business robbery. He had been sentenced to three years’ imprisonment and had been out of prison for a month.

Ncata added that the family had been provided with trauma counselling.