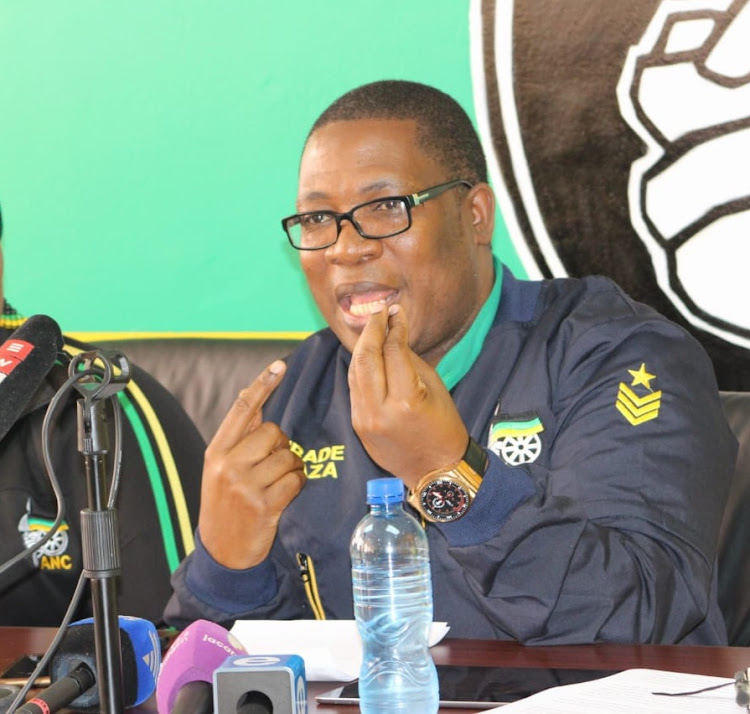 ANC Gauteng deputy provincial chairperson Panyaza Lesufi speaks at a a press conference his party held on Sunday in Johannesburg on the state of DA-led coalition governments in Pretoria and Johannesburg.
Image: Supplied

The ANC is calling for fresh elections in Pretoria and Johannesburg‚ because coalition-led governments have “proven to be too costly to maintain”.

“There is no doubt that the 2016 local government elections have ushered in‚ in an unprecedented way since the dawn of democracy‚ an era of unprincipled coalition governments which have in the instance of Tshwane and Joburg including Nelson Mandela Bay municipalities proven to be too costly to maintain‚” Lesufi said.

Lesufi also said the City of Tshwane was dysfunctional and needed help in the form of a motion of no confidence in its mayor‚ Solly Msimanga.

City of Tshwane mayor Solly Msimanga is facing a motion of no confidence that may see the end of his term as the number one citizen of the capital ...
Politics
3 years ago

“The only way to help the city is for the ANC to table a motion of no confidence on Thursday and call for fresh elections so that the people of Tshwane can now elect a government of their choice that will restore the damage that has been caused by the DA-led coalition in the city‚” Lesufi said.

“There are a number of major concerns that stand out, such as the issue of corruption scandals that continue to rock the city‚ the lack of service delivery that has seen our people in Hammanskraal being forced to drink unsafe water‚ the endless land invasions that are not monitored and the continuous appointment of unqualified people into strategic positions in the municipality.”

The Sunday Times reported that Msimanga is fighting for his political life amid murmurs that black members of the DA in the city could vote with the opposition to oust him.

Msimanga is facing scrutiny over how much he knew about of a R12bn contract awarded to an engineering consultancy to manage the city’s infrastructure projects. The fallout has led to the suspension of city manager Moeketsi Mosola.

The ANC in Gauteng will hold a night vigil on Wednesday evening ahead of its motion of no confidence on Thursday.

Meanwhile‚ the party has elected Dr Kgoši Maepa to lead the opposition in the council.

Lesufi concluded that the “myth” that the DA governed better and was more qualified had been “shattered beyond a shadow” in Tshwane and Johannesburg.

“Suddenly a party that had portrayed itself as a paragon of moral virtue and as being beyond reproach finds itself exposed from all fronts and having lost the credibility to govern‚” he said.

Tshwane mayor Solly Msimanga is fighting for his political life amid murmurs that black members of the DA in the city  could vote with the opposition ...
News
3 years ago

The DA will not have the support of the EFF in the upcoming motion of no confidence against Tshwane mayor Solly Msimanga‚ party leader Julius Malema ...
Politics
3 years ago