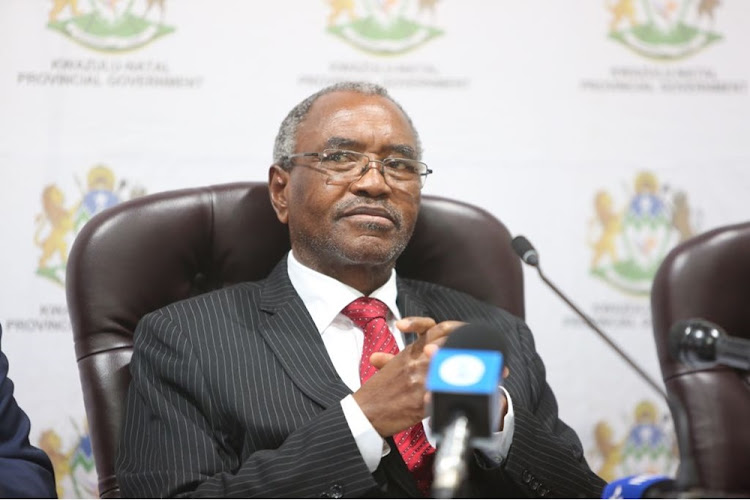 An urgent investigation into politicians, public officials and businesspeople associated with corrupt activities in the public service must be a priority.

This is one of the recommendations in the controversial 425-page Moerane Commission of Inquiry report into political killings in KwaZulu-Natal.

The eagerly-awaited report was released by Premier Willies Mchunu in the provincial legislature in Pietermaritzburg on Thursday and was expected to shed more light about the underlying causes behind a spate of political killings which claimed many lives in the province, leaving in its wake widows, orphans and many other victims.

The commission‚ which cost taxpayers R15m‚ was set up by Mchunu to investigate a spate of killings in the province suspected to be politically motivated. It wrapped up its work in April after testimony from a range of organisations and individuals, and Mchunu received the Moerane Commission report in June and handed it over to the provincial legislature to process before releasing to the public on Thursday.

But the commission was severely criticised as a waste of taxpayers’ money, with its fiercest critics being Zulu King Goodwill Zwelithini and the EFF.

'Committed and dedicated' IFP leader shot to death in ambush

Zakhele Mazibuko‚ from the Inkatha Freedom Party's uThukela district‚ was killed in an ambush on Sunday night‚ the IFP confirmed on Sunday.
Politics
3 years ago

In a summary of the report, Mchunu highlighted some of the recommendations including that corrupt activities and the criminal acts by politicians, public officials and people against whom there was evidence of corruption must be vigorously investigated, expeditiously prosecuted if found guilty and appropriately sentenced to avoid a culture of impunity.

The report found that this will not only help rebuild the confidence of the public in the public service but will also avoid a culture where people believe that they are politically protected from prosecution and punishment. The state must also ensure that institutions of the entire criminal justice system are immediately depoliticised.

The commission has also recommended that an inter-ministerial task force of the security cluster ministers be set up by President Cyril Ramaphosa to look into the political killings immediately and review the workings of the security agencies to ensure that coordination and coherence between them are reinforced in practice.

“The recruiting, training and deployment of police [must] be improved through ensuring that properly trained people are recruited, adequate and specialised training is given, and appropriate police be deployed in appropriate situations,” recommended the commission.

Other recommendations included that:

The commission also recommended political education about democratic practices, universal practice of the peaceful political competition and that the state immediately take measures to depoliticise and professionalise the public service.

Tough-talking Police Minister Bheki Cele said on Thursday that KwaZulu-Natal’s bloody reputation for political killings was a thing of the past.
News
3 years ago

“The State must also take measures to immediately enforce the separation of powers, duties and functions between public representatives and public officials and hold each accountable professionally and criminally for their respective conduct.”

They have also been encouraged to work with religious organisations, civil society organisations, the media, academics and any other appropriate institution to reverse the current culture of intolerance, violence and killing. Political parties must also enforce a strict code of conduct which prevent politicians, state officials and citizens from using language which incites hatred, prejudice and violence.

The Moerane Commission report will be referred to the national cabinet so that evidence and findings can be studied and recommendations implemented nationally.

A report by Public Protector Busisiwe Mkhwebane has found that the failure of Police Minister Bheki Cele and the SAPS to provide protection to ...
News
3 years ago