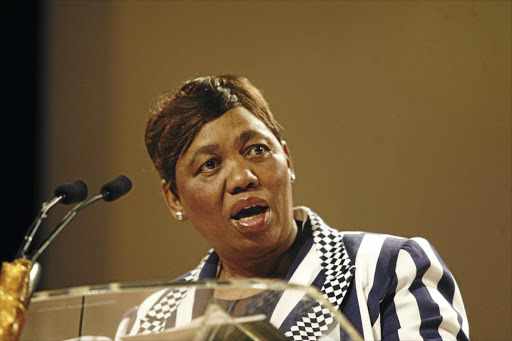 Basic Education Minister Angie Motshekga expressed concern about the violence taking place in schools and the assault of educators by pupils
Image: Supplied

Basic Education Minister Angie Motshekga said a “joint effort” was needed to curb violence at schools that reflected the brutality in the areas where pupils lived.

Motshekga was speaking at the school safety summit in Centurion‚ Pretoria. It follows the death last month of Daniel Mokolobate‚ a teacher in Zeerust‚ North West‚ who was stabbed by a pupil in front of other schoolchildren.

In the same month a pupil at a school in Eldorado Park‚ Johannesburg‚ allegedly pulled a gun on a teacher and threatened to shoot.

“Our schools are increasingly becoming crime scenes‚ hence we need a joint effort from all to fight the scourge of crime in our schools‚” Motshekga said‚ adding that the high levels of criminality in society manifested in schools.

She said that dangerous weapons found at schools were from the places where the pupils lived.

The SA Democratic Teachers Union (Sadtu) in KwaZulu-Natal has blamed the escalation in attacks on teachers by pupils on a call by the Congress of SA ...
News
3 years ago

"The question that we need to ask ourselves as society is: What is it that we can do to raise morally upstanding children?"

Chandre Gould‚ a researcher in justice and crime prevention at the Institute for Security Studies‚ said children who had experienced violence were more likely to be violent.

“Every day you see the terrible effect of violence in children. You see how they struggle to concentrate in the classroom. You see children who are withdrawn and children who fight teachers at school and peers after they've seen their parents fighting or when they are neglected at home‚ or when they see people in their own communities being killed and beaten‚” Gould said.

A grade 12 teacher in Limpopo is traumatised after an 18-year-old pupil accosted her for confiscating his cellphone‚ according to education ...
News
3 years ago

Knives and guns do not belong in schools: MPs on Eldorado Park‚ Zeerust

Greater safety and security measures are needed at all schools‚ says Nomalungelo Gina‚ chairperson of the parliamentary portfolio committee on basic ...
News
3 years ago