I could have lost love of my life, says man after he and wife shot in wedding ambush 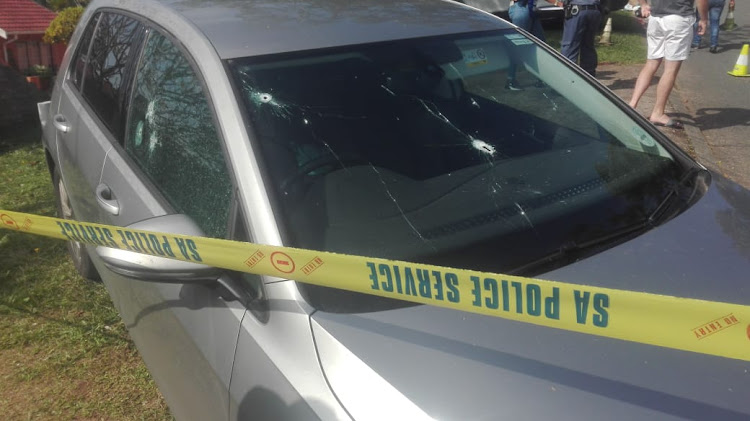 A husband and wife who do wedding photography were wounded in an ambush at a house in KwaZulu-Natal at midday on Sunday.
Image: Netcare911

A Durban man could have lost "the love of his life" when the couple was shot by unidentified men outside a house to film a wedding.

Jonathan Rundle and his wife Karen, who run a videography company, had just arrived at the bride's home in New Germany, on Sunday afternoon. As they parked their car on the side of the road, four armed men attacked them.

In a Facebook post on Monday morning, Rundle, who was shot in the incident, described the "hectic botched hijacking".

"As we parked on the verge a vehicle with four armed occupants that had just committed a house robbery (home invasion) close by, pulled up in front of us and stormed our vehicle."

His wife was shot in the abdomen and he was hit in the arm.

"I could have lost the love of my life yesterday but thankfully all the right help arrived."

A husband and wife who run a videography business were shot while they were at a client's house to film a wedding, on Sunday in KwaZulu-Natal.
News
1 year ago

His wife was airlifted to hospital.

"After two and a half hours in theatre, the doctor advised that she was stable. Thank heavens. She is in ICU and I hope and pray that she heals soon," Rundle said.

"It is alleged on May 5 2019 at 12:40 a couple were seated in their vehicle at Reading Road, New Germany. While stationary in the vehicle they noticed another vehicle that parked next to them and suddenly three unknown men tried to take their vehicle."

"The suspects shot the man at the back and the woman sustained gunshot wound to the stomach. They were both taken to hospital," Zwane said.

Man is gunned down outside Boksburg home in attempted robbery

A 24-year-old man was gunned down and killed outside his Boksburg home during an attempted house robbery on Tuesday morning.
News
1 year ago

A 19-year-old student from Namibia is shaken but determined to continue her studies after being shot at and dragged by the hair while being hijacked ...
News
2 years ago

Shootings across the country in recent weeks have left many in fear.
News
2 years ago
Next Article