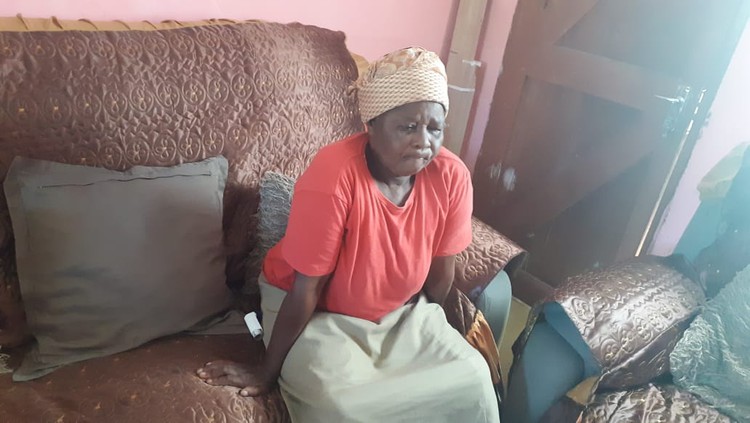 Mantombi Sineyile from Kwelerha village in East London has been struggling to correct the birth year on her ID for more than 20 years.
Image: GroundUp/Nombulelo Damba-Hendrik

Home affairs officials in the Eastern Cape are investigating claims by an elderly woman who has been battling for more than two decades to correct an error on her ID.

Mantombi Sineyile from Kwelerha village says she is 72. When she first applied for an identity document more than 30 years ago, she says, staff at home affairs told her she looked too young for the age she had given them. She is adamant that she was born in 1947 but her ID states 1962.

"I told them my first child was born in 1970, but they never believed me," she said.

Sineyile has been trying to have it corrected since 1995 after her daughter first noticed the error. She said that in 2010 she was advised to have her siblings submit affidavits to corroborate her age. "We sent all the requested documents to the office in Mdantsane but till today nothing has happened," she said.

Sibusiso Vumase was entertaining guests when he heard a loud knock on his front door last Thursday evening. When he opened the door, a group of ...
News
2 years ago

After making countless trips to home affairs, her last being in 2014, Sineyile has given up on the matter. "I have lost hope that I will ever get a correct ID number."

So Sineyile has not been able to apply for a state pension, given to citizens from the age of 60. She now relies on her daughter and neighbours for money.

Sineyile is struggling to make ends meet and said getting a monthly old age grant would make life easier. "Every month I go to the clinic for check ups and I have to hire a bakkie for R250 and R400 to the hospital. It’s not fair because I should be getting a grant," she said.

Home affairs provincial manager Gcinile Mabulu urged Sineyile to submit another application. Mabulu said they would also be investigating why it took so long to resolve the problem.

A coffee shop in Cape Town staffed by people with Down syndrome was spared from having to close its doors as the department of home affairs lifted a ...
News
3 years ago

The home affairs offices in Roodepoort will be shut until further notice following a burglary at the premises, the department said on Monday.
News
3 years ago

Immigration lawyer Craig Smith and his co-accused will face trial in the Cape Town High Court in October on hundreds of counts.
News
3 years ago