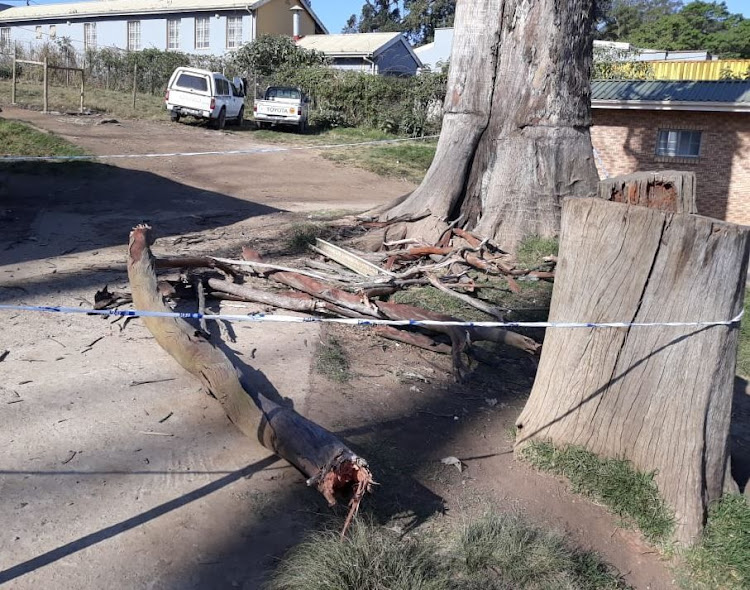 Eastern Cape pupil Asenathi Gani, 10, died at school in Lusikisiki on Monday after a gumtree branch fell on him during break time.

“The 10-year-old was among three grade 6 learners who were involved in this incident. Unfortunately St Elizabeth hospital, which initially admitted all three of them, had to airlift Gani to Mthatha where he later succumbed due to the seriousness of his head injuries,” Eastern Cape education department spokesperson Mali Mtima said in a statement on Tuesday.

The accident happened at the Lusikisiki Village Junior Secondary School.

“Other learners who were involved in this incident and were taken by ambulance to St Elizabeth hospital with him included 12-year-old Lindokuhle Dweba and 11-year-old Alindwe Nqubula … Lindokuhle Dweba had a middle finger injury. The finger was later amputated to stop the bleeding. Alondwe Nqubula suffered a left shoulder injury.”

The hospital later discharged the two.

Grade 9 pupils arrested after two others shot near Lenasia school

Two pupils were shot in the vicinity of a high school in Lenasia, south of Johannesburg, on Tuesday.
News
2 years ago

Ninety-five pupils have been discharged after being taken into hospital following the inhalation of an unknown gas at Vukuzakhe High School.
News
2 years ago

When a taxi driver was finally pulled over after cutting between vehicles and overtaking on solid white lines, 42 primary school children emerged ...
News
2 years ago