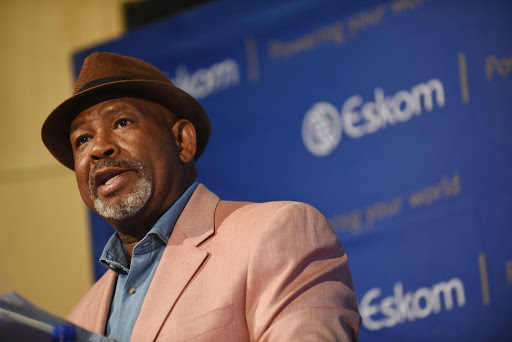 If we were to press a button today and solve all theses (emissions) troubles, it would cost us R300 billion. But as you know we do not have money," Eskom's acting Chief Executive and chairman Jabu Mabuza told reporters
Image: FINANCIAL MAIL

Cash-strapped power utility Eskom could be forced to shut some plants if it fails to reduce emissions, its chief operating officer warned on Wednesday, raising the spectre of further blackouts.

The potential closures, which Jan Oberholzer said could cut a tenth of the state firm's 45,000 MW production capacity, piles pressure on the government which has had to bail out the debt-ridden company to keep it afloat.

It is also responsible for at least a third of the country's greenhouse gas emissions.

Installing the technology needed to reduce carbon and sulphur emissions would cost 10 times the 26 billion rand the Treasury has earmarked for Eskom in the financial year ending in March 2020, part of a 59-billion-rand two-year package.

Mandla Maleka has been appointed as Eskom's interim group treasurer, the power utility announced on Sunday.
News
2 years ago

That package is on top of a R23bn-a-year bailout for the next three years.

"If we were to press a button today and solve all theses (emissions) troubles, it would cost us R300bn. But as you know we do not have money," Eskom's acting Chief Executive and chairman Jabu Mabuza told reporters.

Eskom has therefore applied to the Department of Environmental Affairs for rolling postponements of its obligations to meet the emissions and air standards.

"If we don't fix this and reduce our emissions, there's a risk that we have to shut down some of the power stations," Oberholzer told a press briefing. "Have we done the work we said we would? No we haven't."

Oberholzer did not say when Eskom's failure to meet emissions requirements might trigger plant closures.

KEEPING THE LIGHTS ON

Power cuts - referred to as load-shedding in South Africa - in the first quarter pushed Africa's most developed economy into a deep contraction.

Though the situation has improved since March due to stable coal supplies and a maintenance overhaul, Mabuza did not rule out further blackouts.

"Whilst we cannot guarantee there will be no load-shedding we are confident we can keep the lights on this summer," he said.

Eskom's coal stocks were at 50 days, excluding the Medupi and Kusile power stations, Mabuza said, adding that the company planned to undertake plant maintenance on 5,500MW of capacity over the next seven months.

Coal stocks were at half of required regulatory levels of 50 days or more at the beginning of the year at most power stations.

Medupi and Kusile, currently under construction and not yet fully operational, are among the largest coal stations in the world but since building started in 2008, both have suffered major breakdowns while costs have escalated.

Costs to complete construction of Medupi and Kusile have ballooned to R145bn and R161bn, respectively, according to Eskom's worst-case forecasts on Wednesday.

Meeting emission standards for Medupi alone could add another R80bn rand to costs.

Coal 'to power SA for years to come'

A leaked document shows in detail how Eskom plans to turn around its fortunes.
News
2 years ago

Parliament’s standing committee on public accounts (Scopa) plans to conduct oversight visits to Kusile and Medupi power stations which have been ...
News
2 years ago