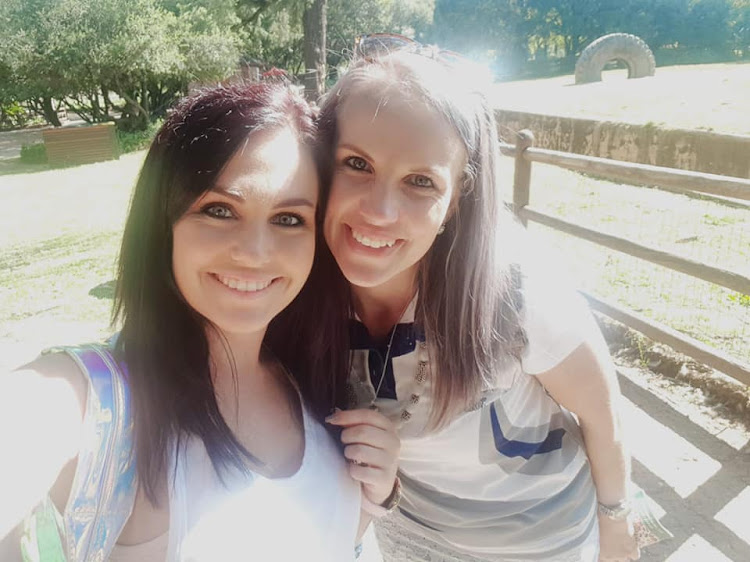 Amy'Leigh de Jager's mother Angeline, left, with Tharina Human, who is one of the people accused of kidnapping the child, posing for a photo shared on Facebook.
Image: Tharina Human via Facebook

As the three suspects accused of kidnapping six-year-old Amy’Leigh de Jager made their way to the dock on Monday afternoon, her mother broke down in tears.

Angeline, who sat hand in hand with her husband Wynand in the packed Vanderbijlpark magistrate’s court, was overwhelmed with emotions when they met their daughter's alleged kidnappers face to face - more so that a good friend of hers was being accused of the crime.

Before proceedings started, lawyer Willem de Klerk argued on behalf of media houses for the publishing of photographs of the accused. De Klerk argued that there was massive public interest in the matter. Hearing this, Angeline closed her eyes. The court granted the application.

As the accused Tharina Human, Laetitia Nel and Pieter van Zyl made their way up the stairs from the court's holding cells, Angeline broke down in tears while clutching her husband's arm.

Wynand remained calm, holding on to his weeping wife.

Human's father, Riaan Botha, with grey hair and moustache, hugged his daughter and gave her a kiss.

During the brief appearance, the trio stood emotionless in the dock.

Instead of welcoming a gleeful group of bright-eyed children into her classroom, a preschool teacher – the alleged mastermind behind the kidnap and ...
News
1 year ago

The parents of six-year-old Amy’Leigh de Jager, who was "kidnapped" outside a primary school in Vanderbijlpark last week, have arrived at Gauteng's ...
News
1 year ago

Human, with blonde hair, was dressed in a long grey jacket. Nel wore a purple K-Way jacket, and Van Zyl, with a receding hairline, was wearing a khaki jacket and red hoodie.

After the matter was postponed for a formal bail application and the accused made their way back to the holding cells, Angeline ducked behind the bench with tears running down her face.

Outside court, Botha said he visited his daughter in prison on Sunday. He said he had been hoping for her to be released on Monday.

But: "I was prepared that should it not happen, I leave it to God, because he has the last say." 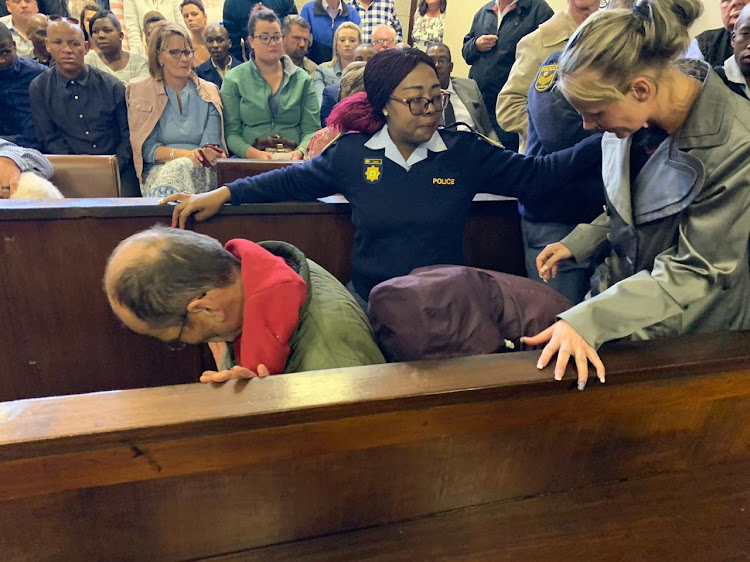 Gauteng MEC for education and youth Panyaza Lesufi, who also attended court, said he was there to support the family.

"It is very important to give support to the family, the school, but I am also here to demonstrate my rejection of any form that may lead to the harm of our children. We are also here to get answers. We want to know why."

The matter was postponed to September 19.

Finding Amy'Leigh was an act of fate, says girl's hero

When Amy'Leigh de Jager was safely in the arms of her father, Wynand, her unwitting saviour, Hendrik Breedt, asked the six-year-old never to forget ...
News
1 year ago