'We were supposed to grow old together': Maria Williams' sad farewell to Bok hero Chester 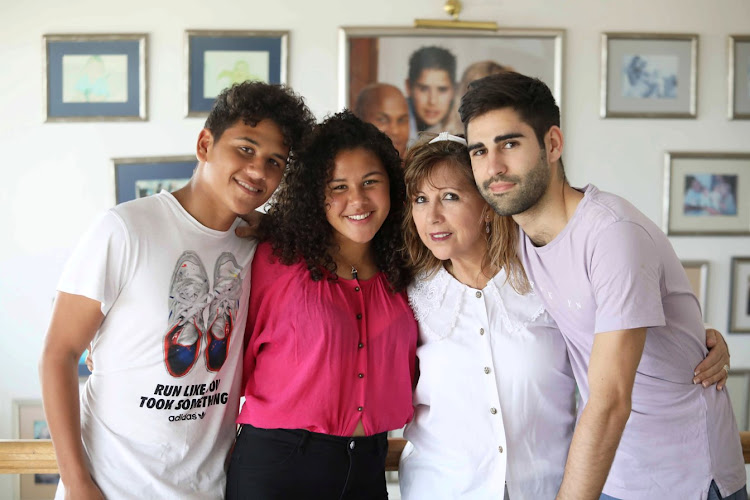 Twins Matthew and Chloe, Maria Williams, and her elder son Ryan at the Plattekloof home they shared with the late rugby star Chester Williams, who died on September 6 aged 49.
Image: Esa Alexander

Many loving couples meet over a drink, but in the case of Maria Williams and the man she calls her “soulmate”, it wasn’t a glass of wine in a bar.

Instead, it was case upon case of an energy drink that rugby star Chester Williams had refused to collect from her as the representative of the official sponsor.

It was 1993 - the year before democracy arrived and two years before SA’s victory at the Rugby World Cup, which turned Chester into a national hero.

This week, as Maria sat quietly in the home they built together, her eyes lit up when she recalled how she and Chester went from being two pieces of the same professional puzzle, to close friends, and, ultimately, a besotted married couple. 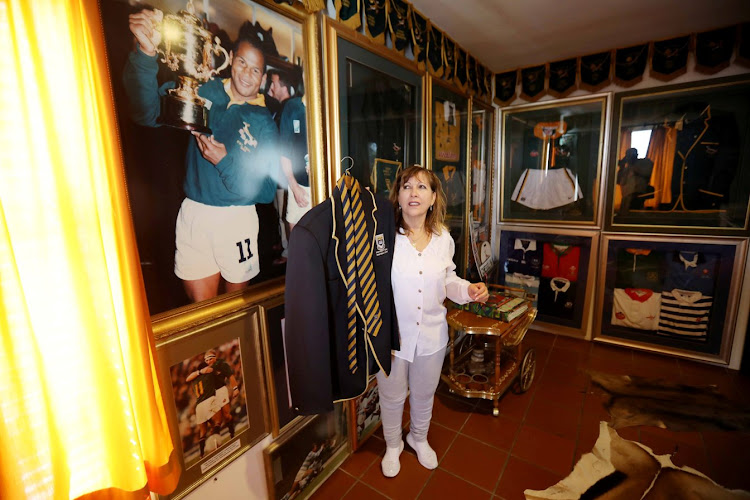 Maria Williams in a room at the family home filled with pictures, newspaper articles, rugby jerseys and accolades for her late husband.
Image: Esa Alexander

“I was working for Energade and we were official sponsors for the World Cup. We used to give cases of the drink to all the players - and Chester never came to collect his,” she said.

She told him she had “two years worth of drinks” that she owed him.

“Chester, please just collect them. I don’t care if you give them to children in the street, but they are yours and you must take them,” she said to him at the time.

A friendship quickly grew, but Chester’s dimples - now clearly stamped on the cheeks of their twins, Chloe and Matthew - and his engaging personality drew her ever nearer.

This week, Maria sat in the house she and Chester called home, surrounded by photographs, friends and her three children, who constantly check up on her to see if she is OK.

More than 1,000 people have walked through the door since Friday night, when the unthinkable happened and Chester died before her eyes after visiting the gym.

He had returned home and complained to Maria that “his chest felt very tight,'' she said. “So I came to him and told him to lift his arms up. He did that and we even started dancing together.

"But then it got worse and we all jumped in the car and I drove off to the hospital at high speed with my flickers on. When we arrived, they quickly took him and tried their best. They tried to resuscitate him, but it was too late.”

The overriding emotions at the memorial service for the late Chester Williams at the University of the Western Cape (UWC) were of love and joy‚ ...
Sport
2 years ago

With a wall of photographs behind her, Maria says of Chester: “We were soulmates. We did everything together. He was the absolute salt of the earth.

"To the world he was Chester, but to me he was the world. I have lost focus these past few days of everything else going on in South Africa, but I can tell you for sure that Chester was all for the protection of women and children in this country.”

As a parent, Chester was also wholly committed to raising Ryan and twins Chloe and Matthew, said Maria.

“That same love was shown to the students he was coaching at the University of the Western Cape,” she said, adding that UWC was an institution she will always be grateful to for giving Chester a chance.

She felt upset that his coaching talent had been overlooked in SA, resulting in him often having to travel overseas for long stretches of time to coach other teams.

“It was only UWC who saw something in him and gave him this opportunity, which allowed him to be at home with us, the people he loved most in this world,” she said. 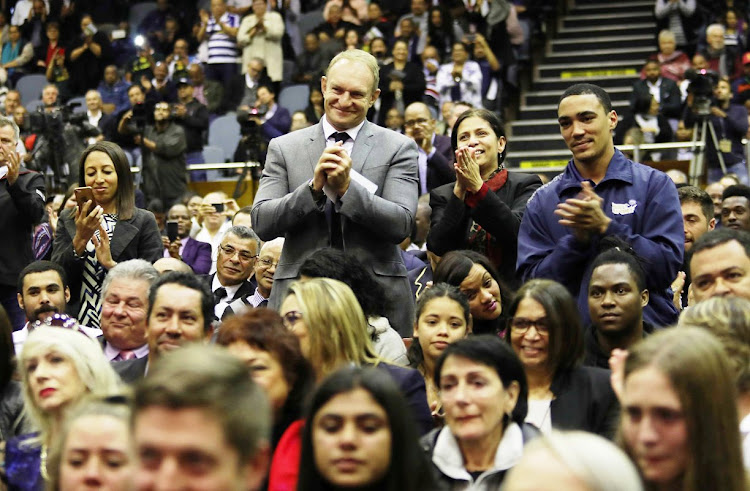 The bliss of having him home in Cape Town was part of a shared dream of simply growing old together.

For a brief moment, Maria seems to forget her grief, as if the memories of Chester’s words bring him to life once again.

“He said I must help him when he is 90 because his knees were not strong,” she said.

“There was never a question at all of what would come next - we were going to grow old together and that was the only plan.”

Chloe cuddles up to her mom on the couch and hugs her as the reality of what has happened sets in.

“The twins have been staying in my bed with me to comfort me, but Ryan says he is too old for that,” said Maria. 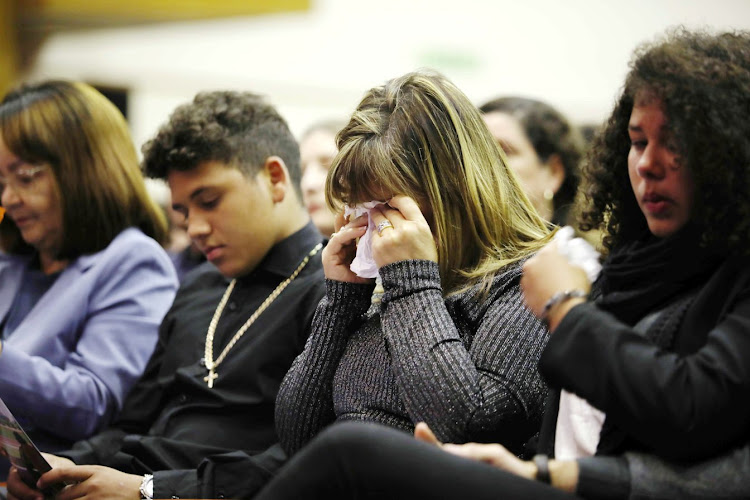 Their friends from UWC stick close by. Maria explains that they have become like family.

“We are all dealing with it in different ways, and I am trying to be strong for the children,” said Maria.

Mandla Gagayi, director of sport at UWC, had the awful task of breaking the news to the students Chester coached at the university. 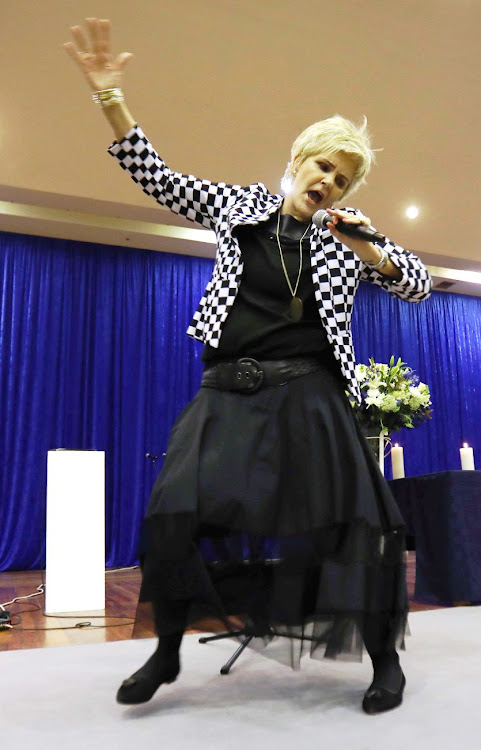 “For many he was a legend, but when you got close to him, you could see he was the furthest thing from an arrogant superstar. He was just very down to earth. Our two families often had supper here together in this house,” said a heartbroken Gagayi.

"And on the field, he never made excuses for the UWC team losing. He would be honest, and that is how he took the team to the next level.”

Maria is aware that the well-wishers bearing flowers, gifts and hugs will eventually have to return to their lives, leaving her with the empty space of Chester’s absence.

But she feels fortified by their social circle: “The friendships we have with people are not shallow. Those friends will still be there for me when the shock has passed. Chester was so true himself and these are the friendships he built.”

Even the family dog, a friendly Doberman, seems to be pining for Chester. She slips into denial and perks up when the doorbell rings, only to remember once again that it's not Chester who will walk through the door. He is gone.

The late Chester Williams will have a state funeral at Newlands on Saturday‚ public works minister Patricia de Lille confirmed at the memorial ...
Sport
2 years ago

Late Springbok winger Chester Williams was heavily built and tough on the field, but on Wednesday he was remembered for his generosity and ...
News
2 years ago

Salute to a Bok great: Chester Williams captured the 'hearts and minds of a nation'

The smiling Springbok had grown concerned in recent times. Chester Williams’ mortality had started to weigh on the shoulders of a man who had carried ...
Sport
2 years ago