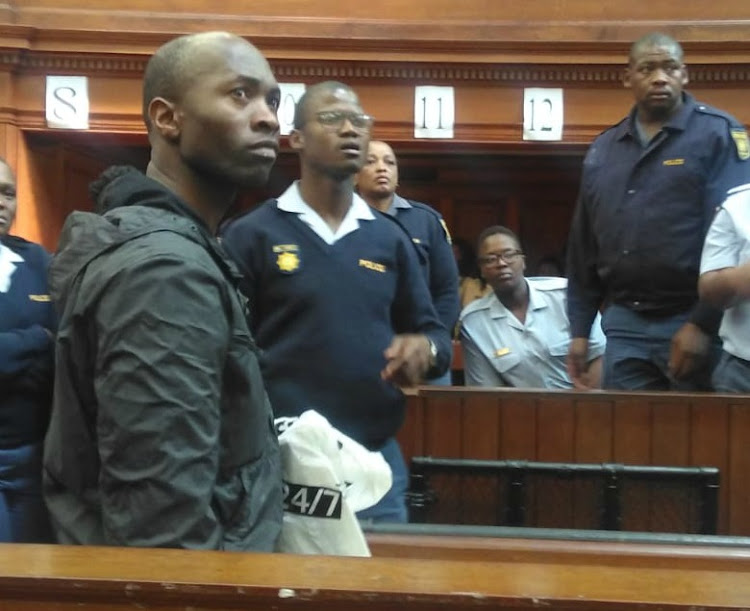 Luyanda Botha, who confessed to the rape and murder of UCT student Uyinene Mrwetyana, has been given three life sentences.

He was also given five years for defeating the ends of justice.

Botha pleaded guilty to the crimes in the Cape Town high court on Friday morning. He entered into a plea and sentencing agreement with the state.

The state had consulted Mrwetyana's family, the court heard.

“I understand the charges,” Botha said softly when asked by judge Gayaat Salie-Hlophe if he understood the implications of the plea.

In an admission read by his counsel, Botha confessed that he walked out of the post office and consumed alcohol at a nearby outlet after raping and murdering Mrwetyana.

“I am liable of my intentions, as I intended to rape and murder,” he said in the admission.

According to the state, the aggravating factors in sentencing were that the victim was 19 years old and a first-year student.

Additional aggravating factors were that Botha had burnt her body, which further traumatised the family as they had to undergo DNA testing, and that Botha had a criminal conviction for robbery from 1999. He was sentenced to eight years for the robbery.

Botha is 42 years old and a father of two, said his counsel. He had shown remorse and admitted to his crimes after his arrest.

He will serve 25 years before he can be considered for release on parole, and is unfit to own a firearm.

Asked if he had anything to say to the family, Botha said with chilling calm: "Ma'am, I do not have anything verbally. But I have prepared something in writing that will go to the family — and South Africa. I will leave my lawyer to deal with that."​

After Luyanda Botha allegedly raped 19-year-old Uyinene Mrwetyana twice and bludgeoned her to death with a scale, the postal worker hid her body in ...
News
2 years ago

Insults were hurled at a former Post Office employee accused of raping and murdering UCT student Uyinene Mrwetyana when he appeared in court on ...
News
2 years ago