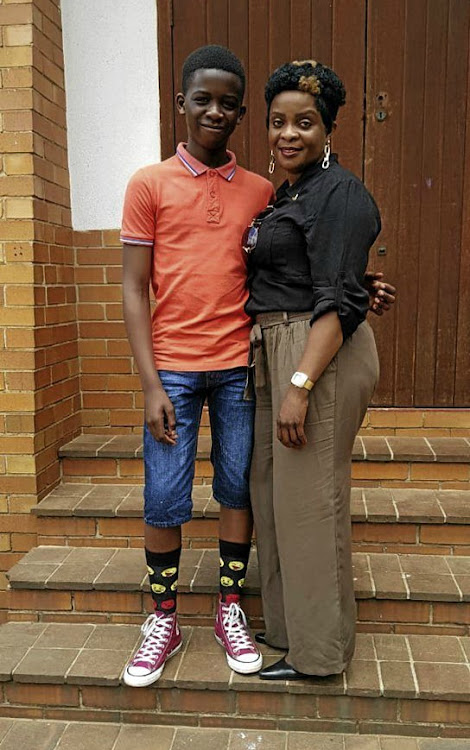 Enock Mpianzi’s mother's cries echoed through the hall of Parktown Boys' High School in Johannesburg on Tuesday when she arrived for her son's memorial service.

“Enock, Enock, where are you? Why me? Oh God. My baby,” Anto Mpianzi wailed as she was helped to her seat, relatives propping her up on either side.

In front of her was a sea of boys dressed in the school's black and red uniform, which her son never got to wear. The boys lowered their heads, some with tears in their eyes, as they heard the grieving mother cry.

Occupying some of the first rows in the hall were grade 8 pupils, some of whom would have been Mpianzi’s classmates.

The 13-year-old died on his first day of high school at an orientation camp in Brits in the North West. His body was discovered only two days later.

As the blue Toyota Corolla Anto Mpianzi was travelling in entered the school gates, she let out a loud shriek. At the gate were bouquets of flowers left by mourners. A teddy bear and a hat worn by the school’s matric pupils were also placed at the small shrine.

Among dignitaries at the service was Gauteng education MEC Panyaza Lesufi.

“This is not a dysfunctional school,” said Gauteng education MEC Panyaza Lesufi at a media conference on the death of Parktown Boys’ High pupil Enock ...
News
2 years ago

Keamohetswe Shaun Seboko and Enock Mpianzi - separated by 109km when they slipped beneath the surface of murky water - became entwined in a double ...
News
2 years ago

One venue, five drowned children. May Enock Mpianzi be the last

It has been a harrowing week for the family of 13-year-old Enock Mpianzi, the grade 8 Parktown Boys' High pupil who drowned this month during a ...
Opinion & Analysis
2 years ago

There was obvious negligence in the events leading to the drowning this month of two 13-year-old pupils in separate incidents, but a lack of clear ...
News
2 years ago

We are failing our children, says Cyril Ramaphosa