Only 266 of 3,898 schools have benefitted from Ramaphosa’s sanitation campaign 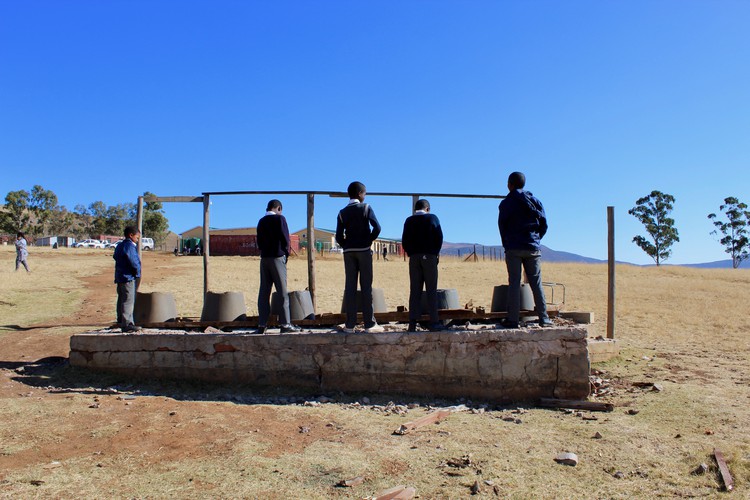 Thousands of schools are yet to see any results from the government's Safe campaign.
Image: GroundUp/Nombulelo Damba-Hendrik

Nearly a year and a half after the launch of the school sanitation campaign by President Cyril Ramaphosa, only 266 out of 3,898 schools have benefitted.

The Sanitation Appropriate For Education (Safe) campaign, announced in August 2018 by Ramaphosa, targets schools where sanitation was inadequate or unsafe.

According to the department of basic education’s audit, about 3,898 schools do not have appropriate sanitation across the country.

But a year and a half later, Elijah Mhlanga, department spokesperson told GroundUp: “To date, 266 schools have been provided with proper sanitation. This was achieved thanks to the collective effort of private partnership, donations and the department’s accelerated school infrastructure delivery initiative (Asidi) and education infrastructure grant that is managed at provincial level.

"Currently 880 schools are at various stages of planning.”

A scholar-only ride-hailing app and a payment app taking cash away from schools have been launched in South Africa.
News
2 years ago

The bulk of the money for the programme was from National Treasury, with “smaller contributions” from the private sector.

Mhlanga said procurement processes often delayed the start of construction. Other challenges included resistance from local communities demanding better schools, not just ablution facilities, as well as opposition from business groups who felt their members should be getting contracts “simply because they happen to be located in a specific province”.

Mhlanga said the plan was to eradicate inappropriate sanitation in all 3,898 schools by the end of the 2021/22 financial year.

Asked whether at the current rate of progress this target could possibly be met by 2022, he said: “Planning and procurement are an integral process when we roll out infrastructure programmes. The first year was dedicated to these processes, in line with legal requirements.

"We should be able to report a higher number of project completions by the end of the next financial year.”

Roné McFarlane, Equal Education co-head of research, said though the main purpose of the Safe initiative seemed to be to bring in private sector funding, the department had stated that of 188 projects completed by June 2019, only 18 had been funded from Safe. The rest were funded from existing education infrastructure grants.

“The lack of transparency around the Safe initiative makes it very difficult for the public to monitor construction and interrogate claims of progress. Conflicting data on the need for toilets at schools in different provinces further frustrates delivery. It is impossible for government to adequately address the needs at schools if it does not have accurate and up-to-date data on the conditions in schools.”

She said national and provincial education departments must get better at ensuring that there are consequences for underperformance and wasteful expenditure in construction projects.

McFarlane said the government was not setting aside sufficient funds to ensure the improvements promised by Ramaphosa.

“As long as government is not willing to put its money where its mouth is and is unable to muster significant private funding, sanitation construction will remain hamstrung.”

For years Jacob Madlala had to dig a hole in the earth whenever he wanted to relieve himself, or use a pit latrine, because the informal settlement ...
News
2 years ago

Rain falls — but not enough to end water rationing in Makhanda

Despite the rain in January, Makhanda remains in the grip of a water crisis. Schools, businesses and local residents continue to struggle to cope ...
News
2 years ago

Raw sewage from a municipal sewage works has been flowing into the Sundays River near Graaff-Reinet, Eastern Cape.
News
2 years ago