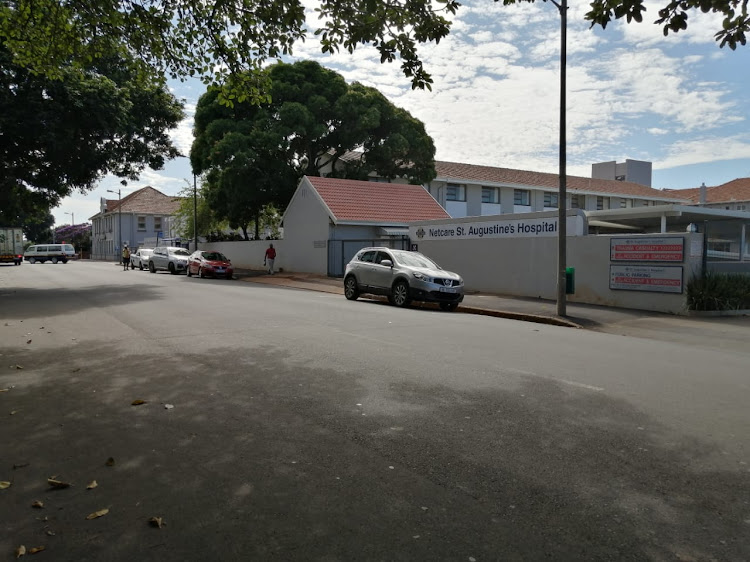 An investigation is under way at St Augustine's Hospital in Durban, where 66 people tested positive for Covid-19.
Image: Lwandile Bhengu

This is after five of the eight Covid-19 related deaths in the province stemmed from an outbreak at the private facility.

KZN health MEC Nomagugu Simelane-Zulu made the revelation on Wednesday evening during a media address alongside premier Sihle Zikalala.

Simelane-Zulu said the hospital would be closed to the public and only one ward would remain open. That ward will be used as a quarantine unit for the 48 nurses and 18 patients who have tested positive for Covid-19.

Acclaimed epidemiologist Professor Salim Karim will lead an investigation into the outbreak of the coronavirus at St Augustine's hospital in Durban.
News
2 years ago

On Tuesday evening, health minister Zweli Mkhize made the startling announcement that 66 people had tested positive for the virus at the hospital. The figure included the 48 nurses.

Simelane-Zulu said that as of last week Wednesday, government had taken the decision to close parts of hospital in phases. No new patients had been admitted since then.

She said the next phase was to test every patient before allowing them to be discharged or moved to other facilities.

"All those in the facility are currently being tested in preparation for the next move regarding this hospital, which will come from either the minister of health or the MEC," he said.

Zikalala said hospital had 1,982 staff, of which 735 were permanent employees.

"At least 125 staff members have been tested at the hospital. These include nurses, cleaners and administrative personnel," he said.

Zikalala said they had noted complaints by employees at the hospital regarding the shortage of safety gear - particularly the N95 masks that are manufactured in China - but this would form part of an in-depth independent investigation into the matter.

The Democratic Nursing Organisation of SA has called for one of the country's biggest private hospitals, Durban's St Augustine's Hospital, to shut ...
News
2 years ago

The trauma unit at Durban's St Augustine's hospital was temporarily shut down on Friday.
News
2 years ago