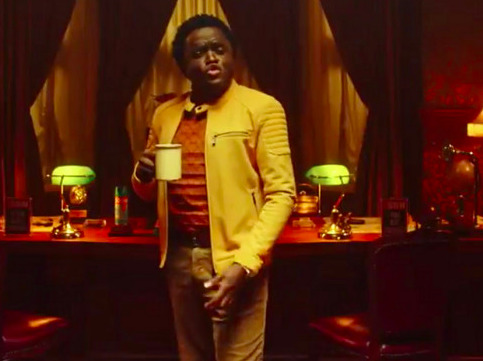 Chicken Licken could give other notable chicken restaurant chains a run for their marketing money with its latest lockdown advert.

Dubbed the best one yet since the start of the lockdown, Chicken Licken's advert pokes fun at several of the hilarious incidents that have gone viral during the national lockdown.

Max Hurrell's hit meme song Zol can be heard in the background. The song parodied Nkosazana Dlamini Zuma's speech on why the government decided to uphold the ban on cigarette sales.

Ngubeni starts off the ad by saying, “SA, a nation that is always been known to overcome adversity. But what exactly makes them such a soulful people?”

In one scene,  police officers pull over a car to find a woman in the back of the trunk. The incident refers to the man who tried to “smuggle” his girlfriend out of Gauteng to Mpumalanga without a travel permit in April.

At the end of the video, Ngubeni pokes fun at President Cyril Ramaphosa's mask mishap.

It takes a #SoulfulNation to make it through these tough times. That’s why for our new ad, we are honouring the ordinary people who have kept us entertained and our spirits up during #LockdownSA. pic.twitter.com/PQ96DDaipq

The viral video has garnered over 31,000 likes and been shared over 15,000 times at the time of writing this article.

On social media, the advert received a thumbs-up.

Chicken licken basically put everything that happened during lockdown in one video lol even the girl who was caught in the boot 😂🤣🤣🤣 pic.twitter.com/X2URzyQwUa

What I love most about the Chicken Licken ad is that Tyson is getting his bag! It’s a win for Content Creators.

I also love how well the advertising agency and the brand did that. It takes a great agency-client relationship to get some of those elements approved and executed.

@Makoto_Phumodi my friend you’re outchea getting smuggled in Chicken Licken ads and you don’t send us wings? 😭😭😭 pic.twitter.com/kKO5707JQD

Nando's is not just about the chicken, they're always at the top of what's trending on Twitter.
Lifestyle
1 year ago

SA is seriously craving a fast-food fix, according to Google recipe searches

If our googling habits are anything to go by, it seems foodies can't wait until Friday when we ease into level 4 of lockdown and can order takeaways ...
Lifestyle
2 years ago

WATCH | Chicken Licken ad is us all the way through lockdown

With the national lockdown in its 12th day, Chicken Licken decided to add salt to the wound with its ad.
Lifestyle
2 years ago